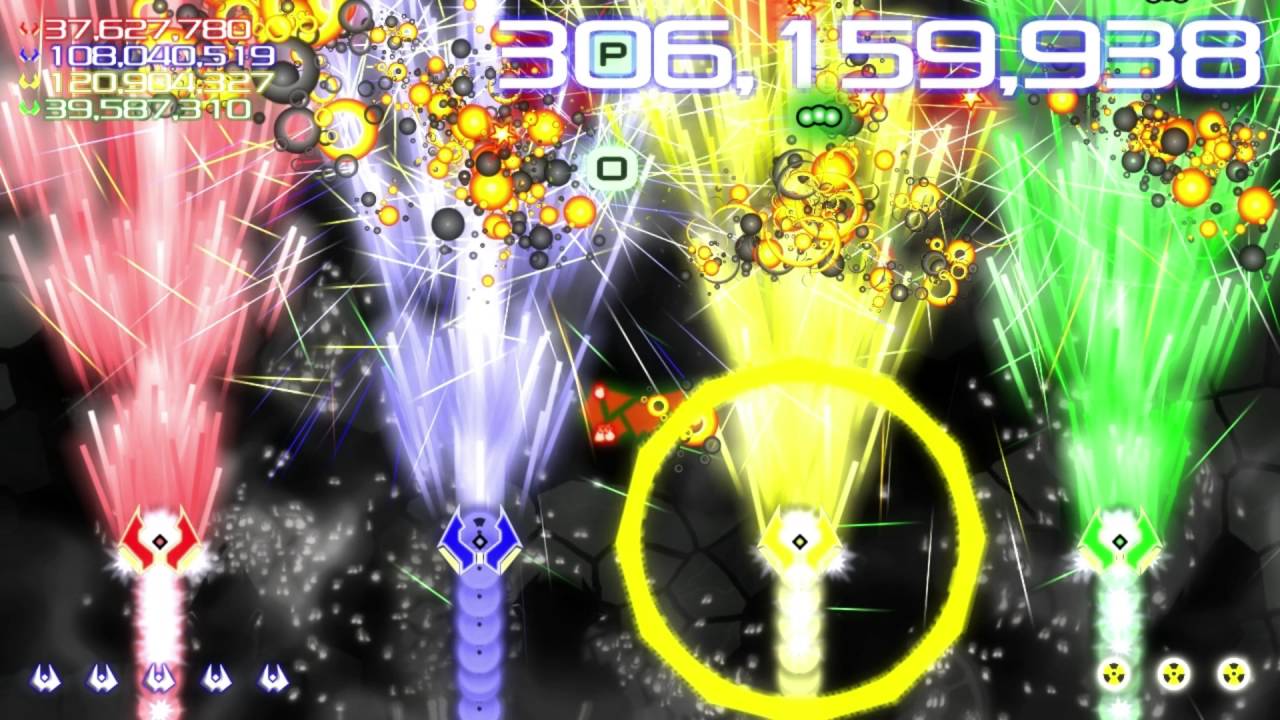 Score Rush Extended is a 4 player overhead scrolling 2D shmup, with multidirectional dual-stick controls. Play alone or with your friends — as a team! — to compete against scores from other single player and multiplayer teams.

Score Rush Extended is the newest entry in Xona Games’ Score Rush series of fast-paced shooters. The original console version of Score Rush hit #1 on the Xbox Live Marketplace in Japan, and has been a favorite of fans of the shmup genre since its original release. Score Rush Extended challenges players to battle a near-endless onslaught of enemies, using a mind-melting mix of fantastic firepower and skillful evasive maneuvering to blast and blow up anyone who gets in their way. Elite players can even try DUAL PLAY, controlling two fighters at once. Featuring a hard-driving musical score by Dragon Music, Score Rush Extended is a feast for the eyes and ears.