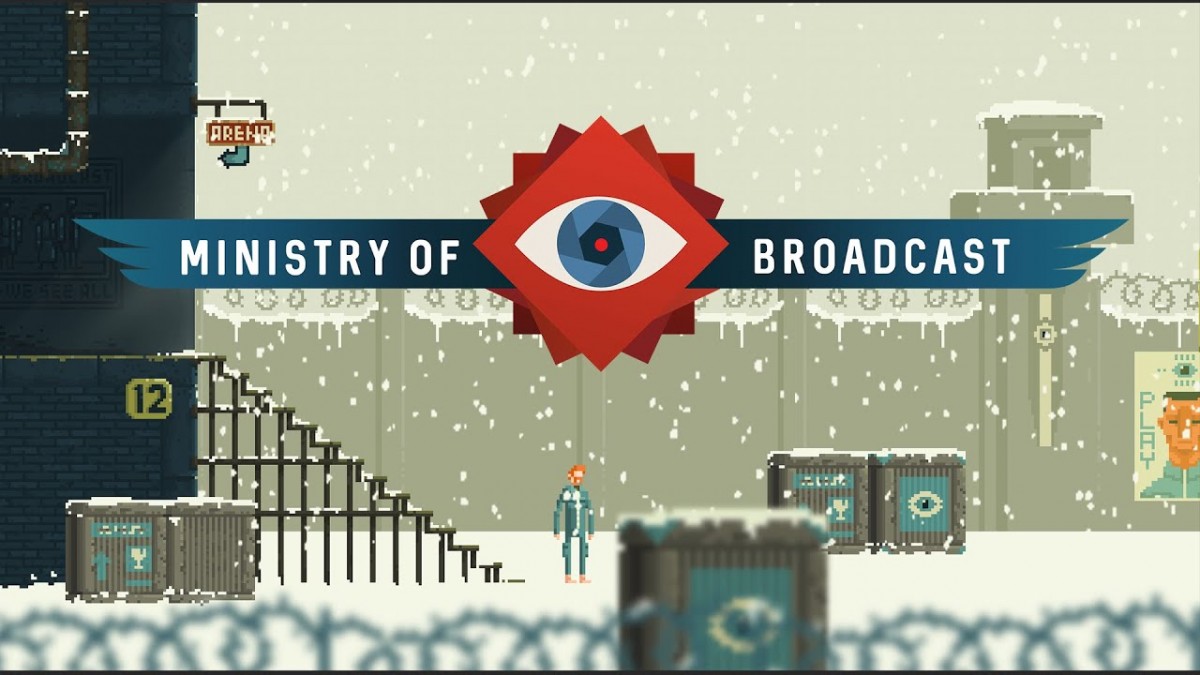 In this 2D-platformer, players fight for their lives in an absurd reality TV show sponsored by all-seeing Regime.

•    Orwellian Influence: No other narrative-driven cinematic platformer so adequately represents the current cultural zeitgeist; Ministry of Broadcast is the hybrid manifestation of Orwell’s 1984 with modern reality TV, and the release is perfectly timed to honor the 70th anniversary of Orwell’s death.
•    Themes Ripped from the Headlines: The Wall divides both a country in two, and a man from his family. To see them again, the game’s ginger-haired protagonist has become a contestant on “The Wall Show”, a Regime-organized TV show allowing competitors the opportunity to escape to freedom on the other side. However, as he progresses from arena to arena and day to day, our protagonist soon realizes exactly how the Regime and the show operate.
•    Death-Defying Gameplay: To reach freedom and family, you must lead the protagonist through each of the Arenas while under the ever-watchful lens of the Regime. Encounter the requisite variety of hazardous, dilapidated obstacles (leg-shattering drops, flaming barrels of garbage, inconveniently placed spike pits, hanging steel beams) along the way, but bear in mind: the promise of freedom is not exactly what it seems. The realization that truth is interpreted by those who share it hangs heavy on your mind. What, or who, do you sacrifice?
•    Developers Draw on Life Experiences: The game is developed by Ministry of Broadcast Studios, a group living in the Czech Republic. Motivated by their own lives in Eastern Europe and some of the absurdities they’ve seen and experienced, the group created a game offering a satirical examination of prevalent sociopolitical issues – groupthink, privacy, fake news, consumerism, and more.
•    Inspiration: In the spirit of classics such as Prince of Persia (1989) and Oddworld: Abe’s Exoddus, Ministry of Broadcast revives the gameplay of classic 2D cinematic platformers, where players need nimble run-and-jump reflexes to avoid mortal dangers, and a sharp mind to discern the real-life parallels.