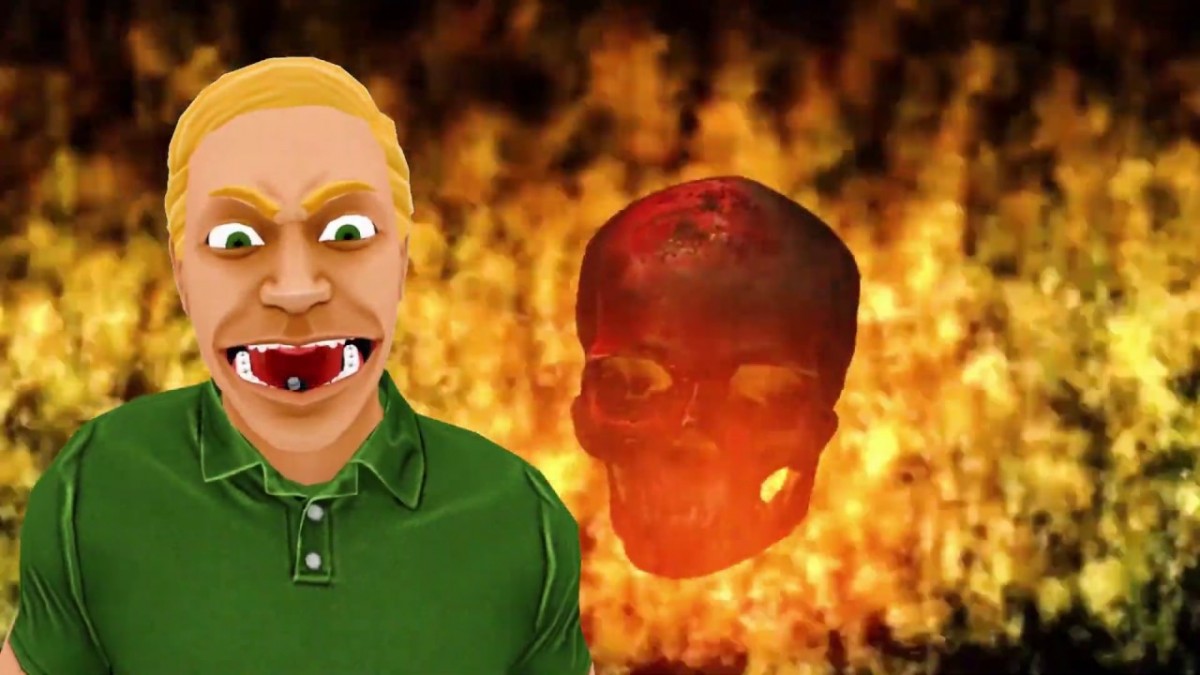 Speaking Simulator is a hilarious game about an android struggling to infiltrate human society,

Create an android with the goal of living among and eventually subjugating the good people of Earth. Learn their mannerisms, their customs, their pastimes, and their way of speaking. Equipped with advanced speech emulation technology, it should be no problem at all. And yet…

Talking is not always easy for humans. This “human” tends towards awkward pauses, excessive eye contact, and inappropriate mouth noises. Wield tricky QWOP-style controls to manipulate the android’s lips and tongue to form accurate meat noises that hopefully sound something like words. Execute perfect gesticulation and the world will not stand a chance.

Scenarios start off as basic watercooler chat but quickly become more complicated. Challenges like shoveling peas into the android’s mouth mid-sentence make the inherent pain of human interaction even more apparent. The poor robot has an adverse reaction to people becoming suspicious of it: as it flubs more words, its face gradually starts to smoke and eventually explode. Emulating and infiltrating humanity with half a face might be…difficult.

The smoother the speech, the higher the score, allowing for more upgrades to ramp up the difficulty and the score threshold. Optimize Socio-Optic Dynamics to adjust eye contact with suspicious humans. Choose to install some new Expressive Facial Pistons to activate eyebrow wiggling to express intricate human face emotions. Windows PC players can use their own faces to manipulate the android by enabling the webcam controller option in the control settings.