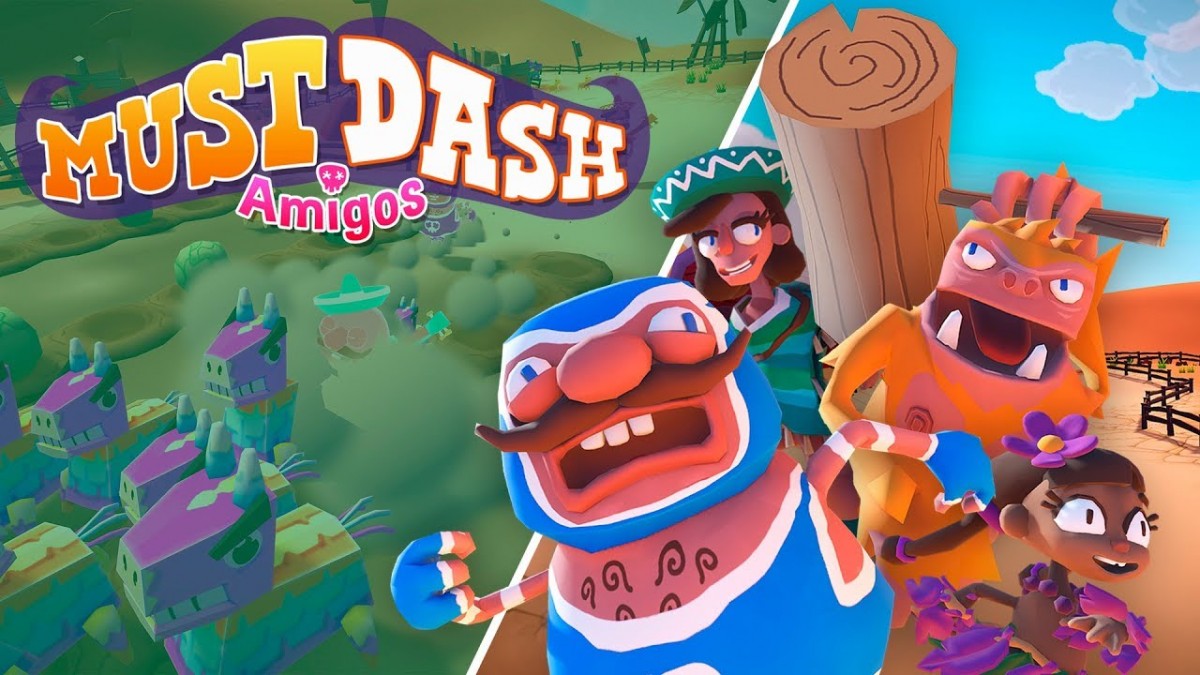 The battle racer is a true pick-up-and-play experience awash with Mexican inspired themes that create a wonderfully vibrant world.

Waving the flag for local multiplayer gaming, playing with others is where the title really shines. Its simple controls and mechanics coupled with cartoon-like aesthetics make it a great option for gaming families too. There are several game modes with varying mechanics, but the heart and soul of the title is Race Mode where players must outlast their opponents amidst explosions, piñata stampedes, and all-round chaos. Being a battle-racer, weapons are of course on offer and there is a good mix to aid your pursuit of victory. Some have a subtle effect on proceedings, such as your typical speed boosts, whilst others can turn the tides much more dramatically, like the InvinciBull mount or the Gwack-a-Mole Mallet! Those that can’t keep up or perish in some way are eliminated from the current round, with the last amigo standing claiming a round-victory, enough of which results in them being crowned as the overall champion.