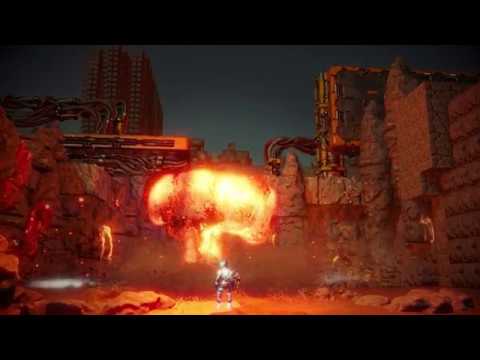 From the collaboration between Housemarque and legendary creator Eugene Jarvis comes Nex Machina, an explosive top-down arcade shoot-em-up created with competition in mind. Can you survive the mechanical onslaught of hundreds of evil robots trying to obliterate any threat? Can you stop them from harvesting oblivious humans? In the vein of cult classics such Resogun and Robotron, Nex Machina is the ultimate top-down voxel shooter where everything can be blown up to pieces. Enter “the zone”, become one with the game and pull off the most incredible feats. Packed with opportunities to create your own playstyle, face tough challenges and engage in a ruthlessly competitive environment, Nex Machina is what arcade games deserve to be in the 21th century.

In a world where humans have become more and more addicted to technology, machines have evolved from simple helpers to replacements for unwanted jobs- conscience entities with their own feelings. Robots then surpassed humans’ abilities and refused to serve them, and finally rebelled against them all together. When all seems lost, you appear as humanity’s heroes and take on the fiendish robots.