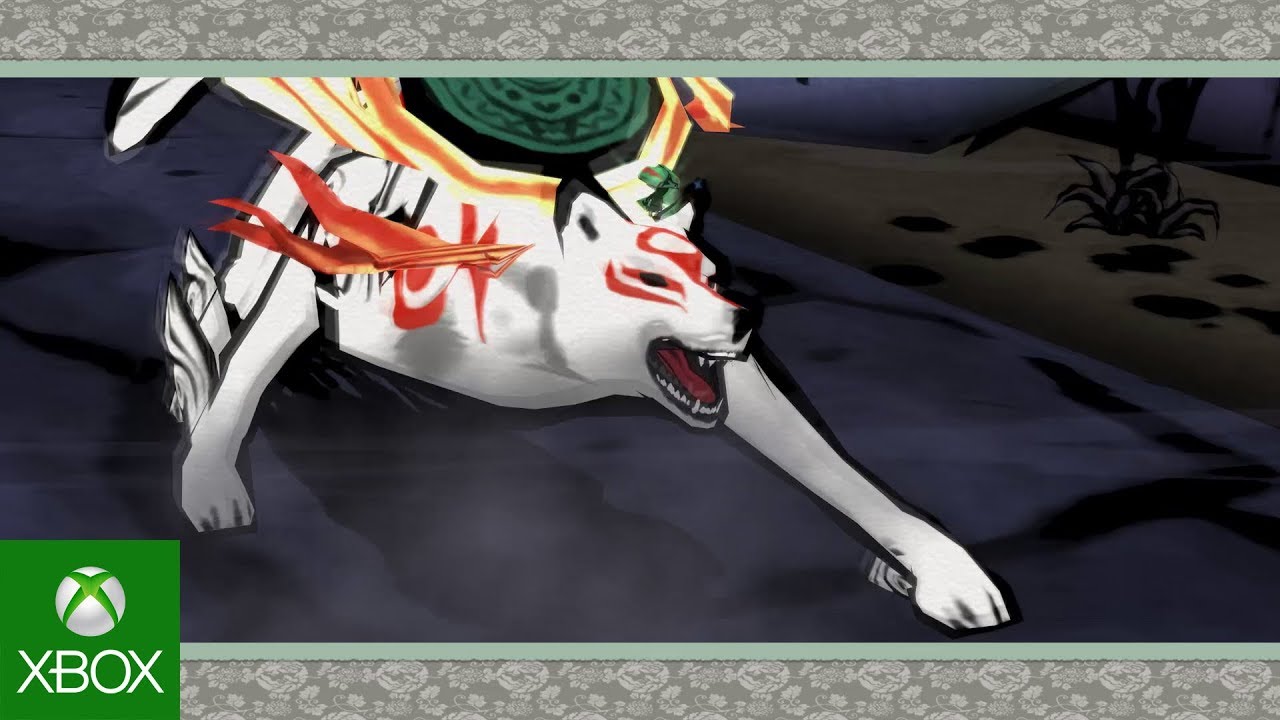 Okami comes alive through beautiful scenic 3D levels that have the appearance and texture of paper scrolls brushed with watercolor-like calligraphy art. Playing as Amatarasu, the sun goddess who takes on the form of a wolf, your goal is to bring life back to the world. Bringing life back to the world involves defeating lots of beasts. With each beast you defeat, the world’s life force is restored just a bit, with colors and eventually people appearing.

Okami HD is a remastered version of the breakthrough adventure Okami, featuring enhanced HD graphics, the option of playing in widescreen 16:9 or the original 4:3 display ratio, and even includes the original loading screen mini-game where you can earn bonus demon fangs that can be traded for in-game items.