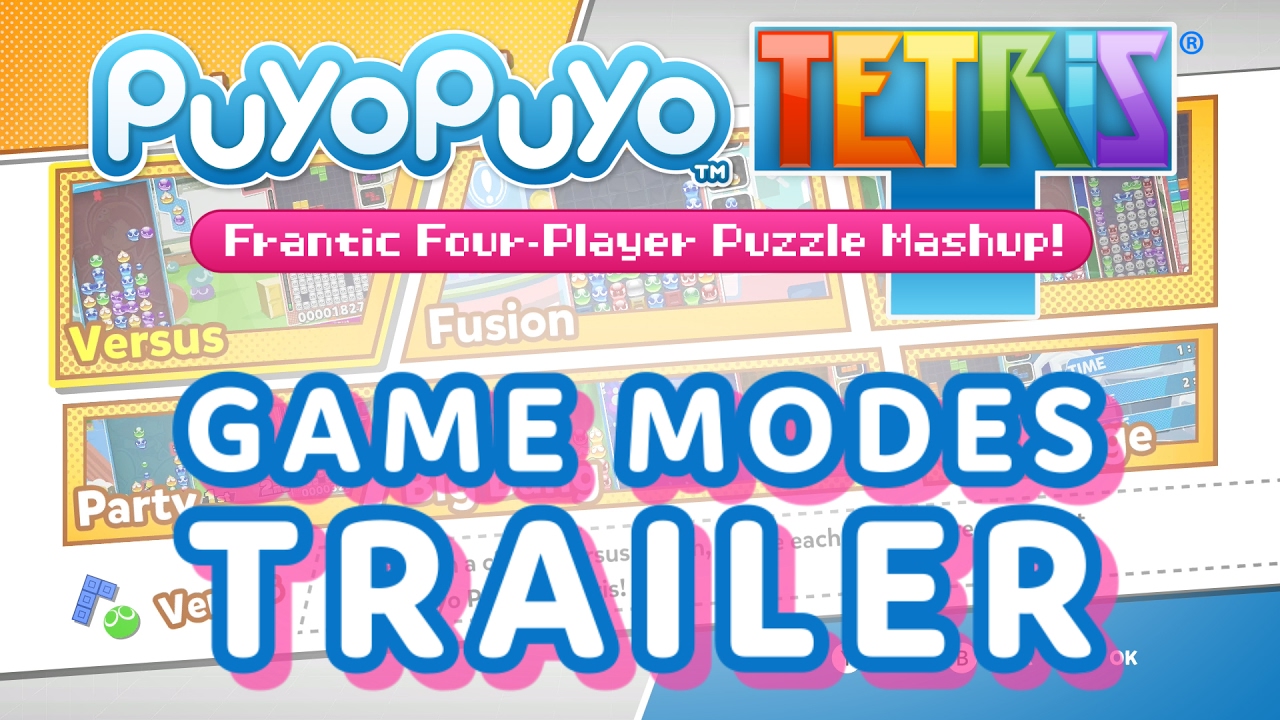 Two puzzle game juggernauts collide as Tetris®, one of the largest-selling and recognized brands in gaming history, and Puyo Puyo from SEGA have combined to create a fun-to-play, fast-paced, competitive party game like no other! Up to 4 players will get to choose whether to play the classic Tetris or Puyo modes to compete against each other, or they can try any of the game’s inventive fusion modes, including one where players have to master both Puyo Puyo AND Tetris together! And whether it’s trying to top the online leaderboards of worldwide competition or just being the best player on your couch, Puyo Puyo Tetris is chock full of puzzle action!

Ferocious Competition – At the heart of Puyo Puyo Tetris is the fighting spirit of players competing against each other to be most clever, cunning, and quick-witted one to set up devastating attacks on opponents. It’s the classic easy-to-learn puzzles mashed up into a multiplayer battle like no other!

Adventure Mode – The game also has a single player mode with ten unique acts, each with ten stages. They feature different characters from the Puyo Puyo or Tetris universes and have unique challenges to learn and master game mechanics that players must overcome!

Arcade Modes – There are tons of different arcade modes 1 to 4 players can use to compete – from the classic Versus, to Fusion mode, where each board has both Puyos and Tetriminos. There’s also a Big Bang challenge board where players race to clear challenges as quickly as possible, and Party mode which features powerups that players can activate power-ups.

Online play has Puzzle League, which tracks players’ ratings, players can save replays to upload and share, and more.

There’s also an in-game shop players can use their points to unlock different Puyo and Tetrimino skins, background music, stages, and more.