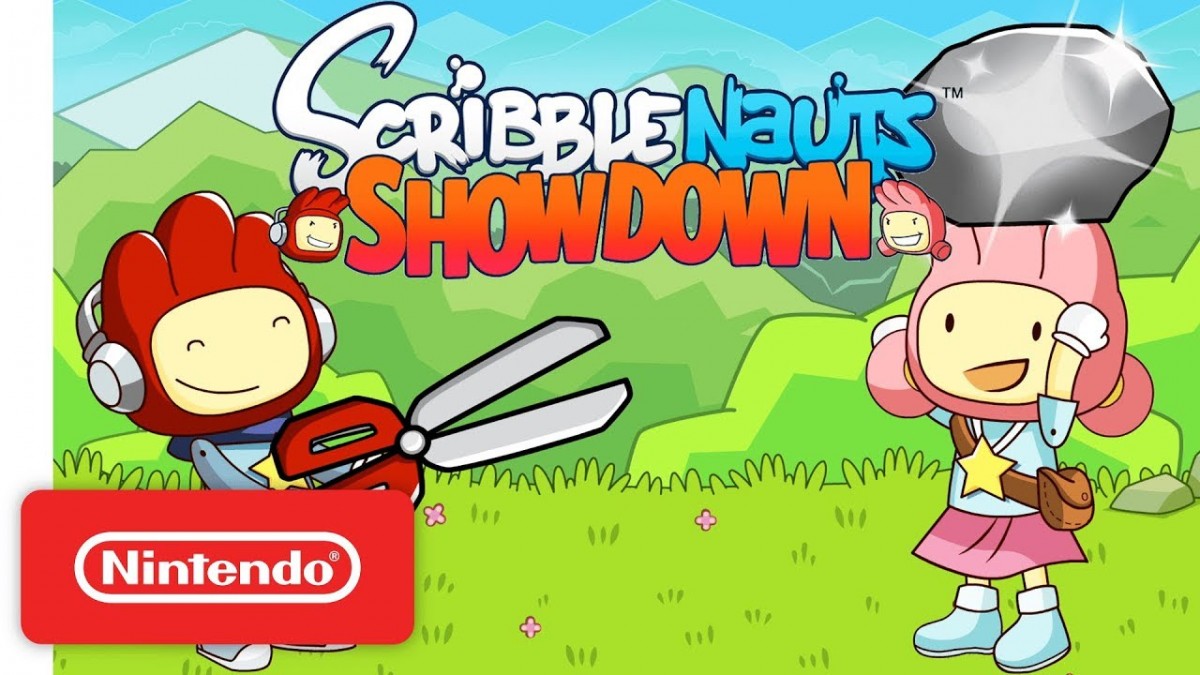 The inventive Scribblenauts series returns with Scribblenauts Showdown, the game that encourages players to write in an object to summon it in the game, letting players’ imaginations run wild in this creative playground. Scribblenauts Showdown introduces multiplayer mini-games, where players can conjure nearly any object from the massive dictionary of nearly 35,000 words to outsmart their opponents.

In the game’s Showdown mode, up to four players face off and imagine their way to victory through card-based strategy and creative skill. “Wordy” mini-games require unleashing the best object or character from the vast Scribblenauts dictionary of over thirty-five thousand words to outsmart an opponent.

Action-oriented “Speedy” mini-games reward the player who completes a given challenge first. With multiple ways to make up ground, every player has a chance to win, which keeps the excitement going until the end! In Versus mode, two players can go head-to-head in more than 25 mini-games that vary in every session. The mini-games can also be enjoyed by a single player. Sandbox mode, the Scribblenauts series’ cherished creative playground, allows one or two players to solve objectives in eight new levels by summoning any object they can imagine and earn hidden Starites and achievements.

Players can also let their imaginations run wild by unleashing whatever objects they can think of and watching them interact in unexpected ways.