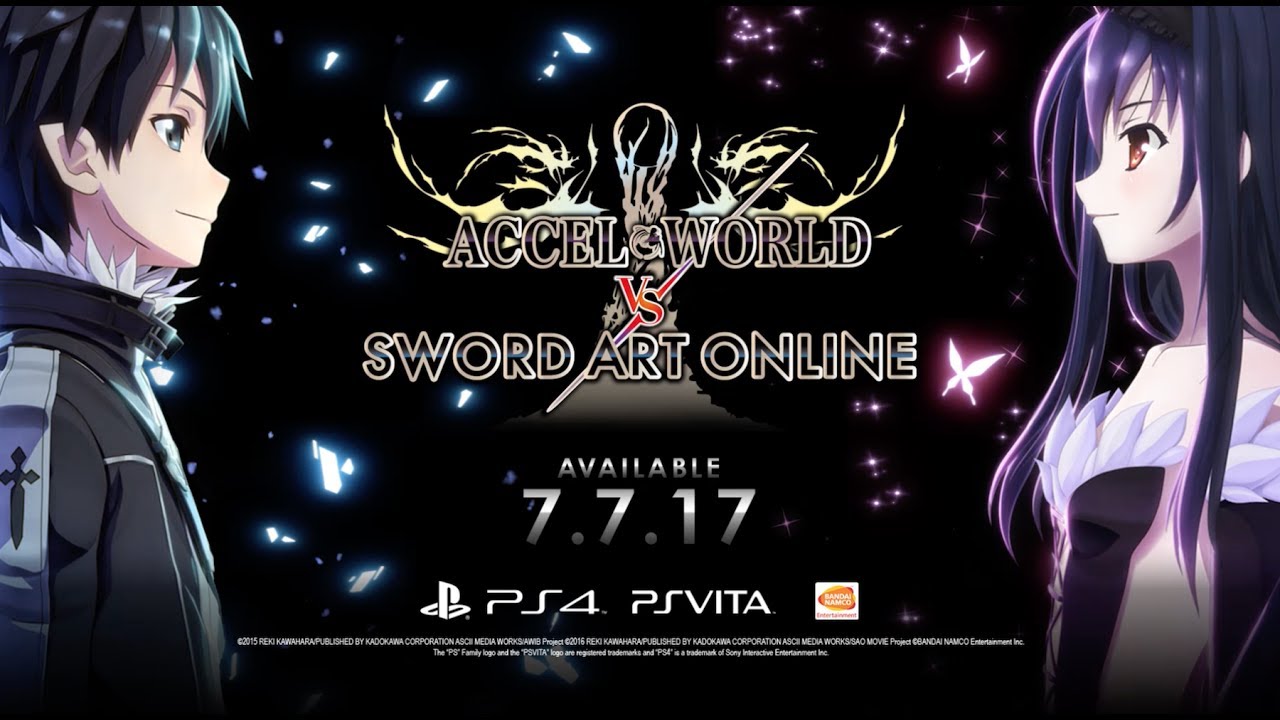 The virtual and accelerated worlds have collided! Sword Art Online’s Svart Alfheim and the Accelerated World have begun to merge, and in the midst of the chaos, Yui has gone missing. Join Kirito and over 30 playable characters as they challenge the Seven Kings of Pure Color from the Accelerated World to gain access to Yui’s location. Players from both groups come together in a war of the world’s where the strongest Burst Linkers and ALO Players are on a mission to save Yui from the hands of Persona Vabel, a mysterious figure who lives a thousand years in the future.

ACCEL WORLD VS. SWORD ART ONLINE is a dream anime crossover bringing together characters from two of Reki Kawahara’s celebrated franchises — ACCEL WORLD and SWORD ART ONLINE. The game features a large roster of characters from the anime and award winning series enabling fans to build out a three-person dream team with their favourite characters and utilise their special abilities in battle from both ACCEL WORLD and SWORD ART ONLINE. By mixing and matching characters from both worlds, players will be able to create an unstoppable team as they embark on an epic action role-playing game adventure. Players will also be able to team-up with three other friends to battle rivals in fierce online multiplayer modes. Additionally, through the use of a new Switch System built in to ACCEL WORLD VS. SWORD ART ONLINE, players can enjoy fast-paced battles while switching to different characters, enabling them to chain together long combos without stopping the action on screen.