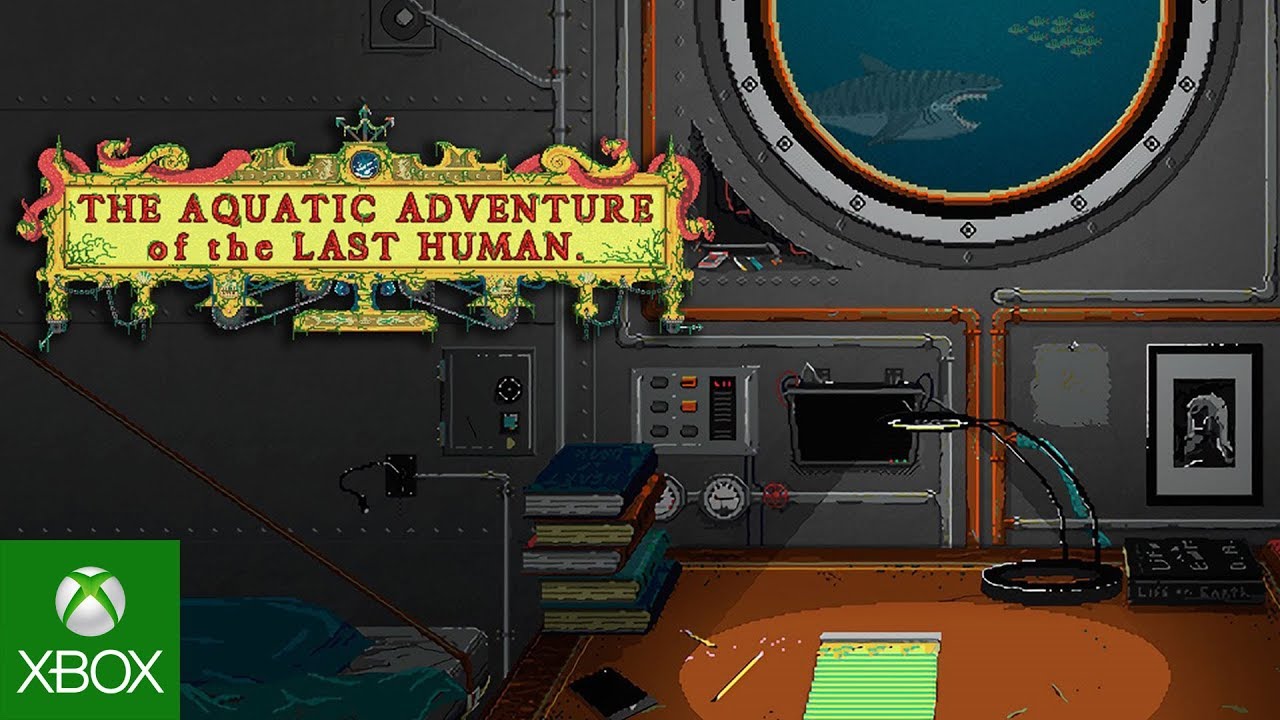 The Aquatic Adventure of the Last Human

Set in the distant future, The Aquatic Adventure of the Last Human portrays the end of civilization as we know it. As a result of climate change and a weakening sun, humans are forced to live underwater in order to survive. The heat from the planet’s inner crust may have kept the deepest cities alive — but as resources began to dwindle in 2971, it was decided that humanity’s only chance of survival would be to send subaquatic spaceships to a nearby wormhole to look for habitable planets. However, things did not go as planned. When one of the ships (Argo9) returns millions of years later, it becomes clear that humans are now extinct.

What happened while the Argo9 was gone is a mystery solved only through the faint memories of humanity’s last automated machines, which endured thanks to a central power line. No one is left to tell the story of mankind’s last days. Without records or witnesses, the player is the only one able to find answers . . . and keep the legacy of the last humans alive.

GAMEPLAY: A WORLD OVERRUN BY ENORMOUS SEA CREATURES
The Aquatic Adventure of the Last Human puts players in control of the long lost spaceship/submarine hybrid, Argo9, and traverse the ancient ruins of human civilization at its technological, melancholy-infused peak.

The game challenges players to explore every nook and cranny in search of hidden passages and essential ship upgrades (such as boosters, extra armor, and weapons), while facing terrifying sea creatures and 10 intricately-designed boss fights that are a sight to behold.

Let curiosity be your guide on the inevitable voyage of extinction in The Aquatic Adventure of the Last Human!