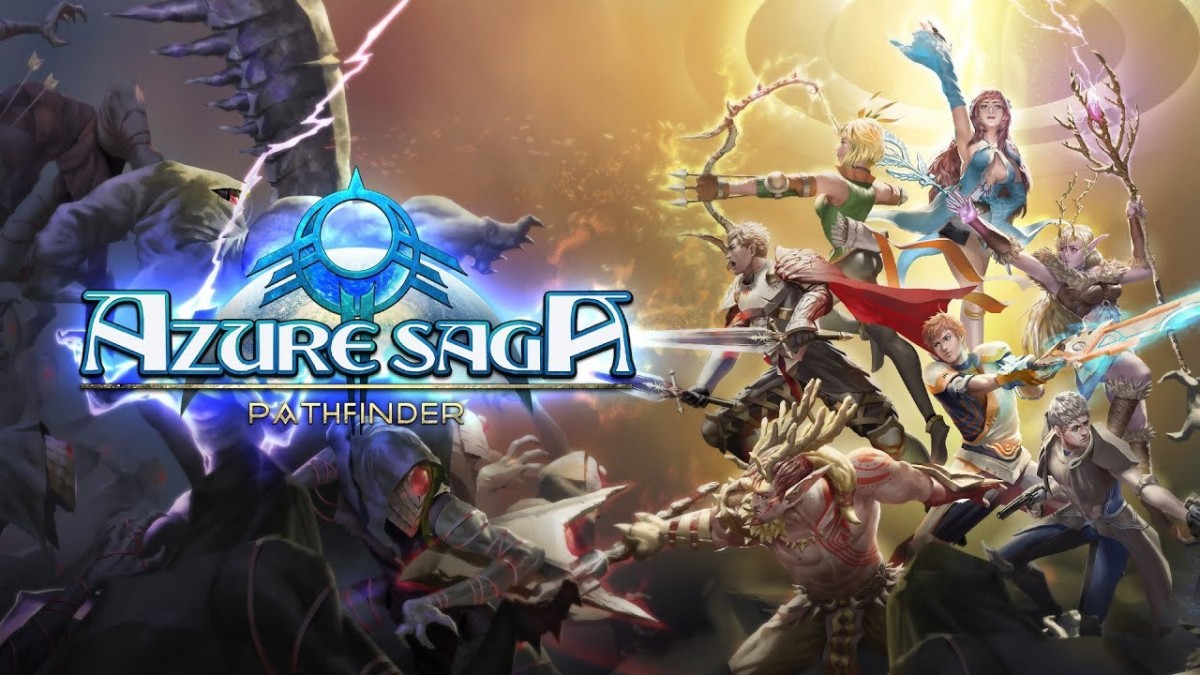 Embark on a quest to find your way home while exploring an unfamiliar planet in AZURE SAGA: PATHFINDER, a new turn-based RPG.

Gripping combat, memorable characters, and an intergalactic plot await you in this anime-inspired 2.5D adventure from the makers of 2014’s well-received Vimala: Defense Warlords.

Far into the future, the human race has spread to colonies scattered across the known universe. Besieged on all fronts, humanity’s last hope is the legendary planet Azure – a world brimming with life and natural resources. Finding a new “home” is all that stands between borderline survival and certain extinction. Play as a young scientist, Synch – who takes off on a perilous journey to Azure, where he will hopefully reunite with his father…

Azure Saga is a JRPG – so expect random enemy encounters as you explore open flatlands, mysterious caves, and high-tech bases. When in doubt, equip your characters with the best possible gear – along with powerful jewels – to deal massive damage to foes. Attack order, weapon choices, and skill use will determine the outcome every single time. Want better odds? Call upon party members to unleash United Skill Attacks for multiple hit combos!

*   Immersive world: A classic storyline sure to please veterans and newbies alike.

*   Strategic planning: Configure your characters’ gear and jewels to reach their full potential.

*   United Skills: Unite, mix, and match your characters’ skills to discover powerful abilities – each with their own effects!

*   Classic “old school” feel: The game is packed with adventures, puzzles, and secrets to discover.