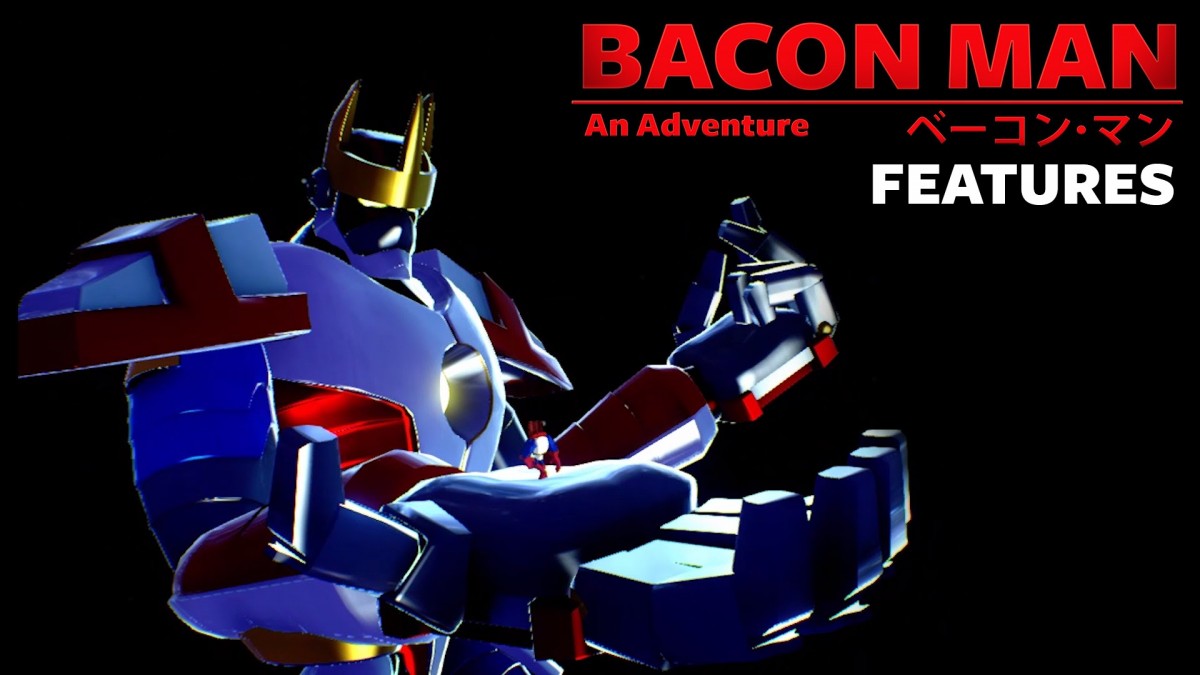 This hardcore platformer will challenge you to the biggest food fight you’ve ever encountered. Play as Bacon Man and fry enemies with his classic Toaster Gun, or try out Feta and cut them up like sashimi. Seek wisdom from the Sau-sage. Pummel enemies to a pulp in the Colocheeseum. Use the power of friendship to tackle all 25 levels in couch co-op mode, with or without friendly fire.

Whether you’re in for it for the music, difficulty, nostalgia or the sweet food puns, Bacon Man: An Adventure has a full plate to offer.

Meta Story: Old King Roast Beef has been brutally murdered, and his obviously innocent grandson Bacon Man has been framed by the Food Kings. With the weight of the world resting on his shoulders, take on the role of Bacon Man, battle through the food groups, and confront those who condemned you. It’s up to you to clear his name, by murdering those who put him behind bars