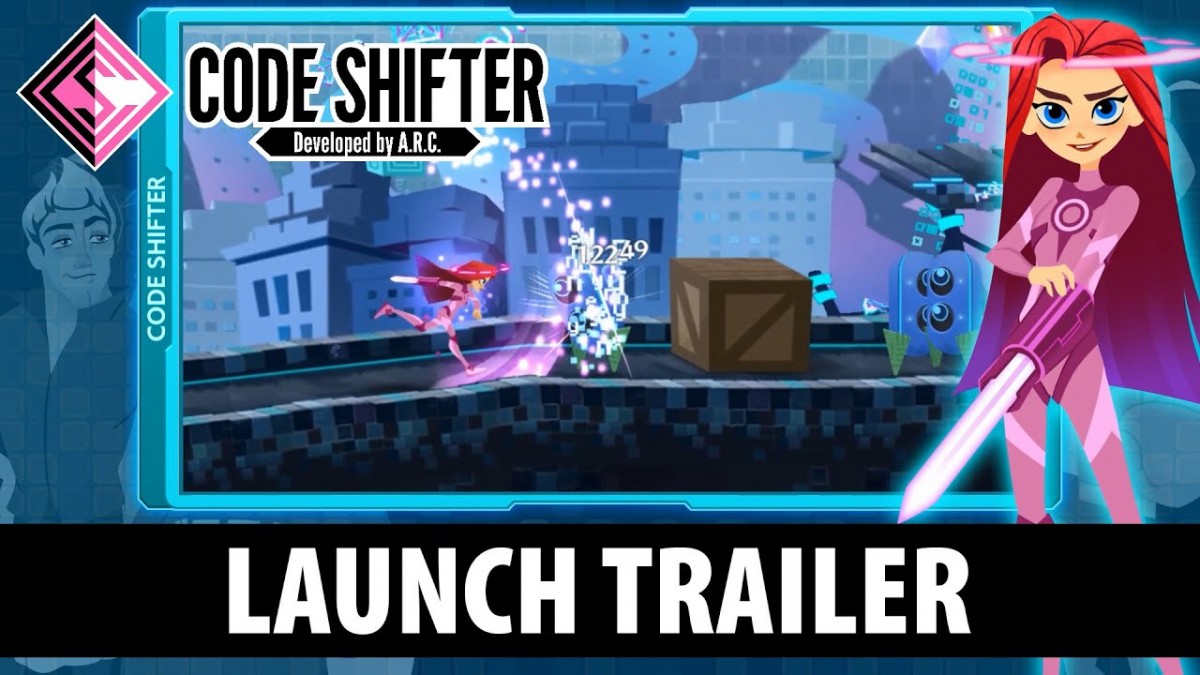 Code Shifter is a 2D action platform game where you can play with 100 characters from Arc System Works’ crossover IPs.

The story takes place at the game developer “Awesome Rainbow Company”. Mysterious bugs are occurring in front of the team who are trying to launch their new game within a month. One of the programmers, Stella, completes the bug-fixing system “Code Shifter”, which finds and fixes bugs by controlling her digital avatar “Sera”. Will Stella and her teammates be able to delete all the bugs and deliver the game before launch date?

In “COLORFUL FIGHTERS” mode, up to 4 players can battle against each other in a brawler mini-game. By defeating “ghosts” in the Ex stage of the main story, more playable characters will be unlocked for this mode.