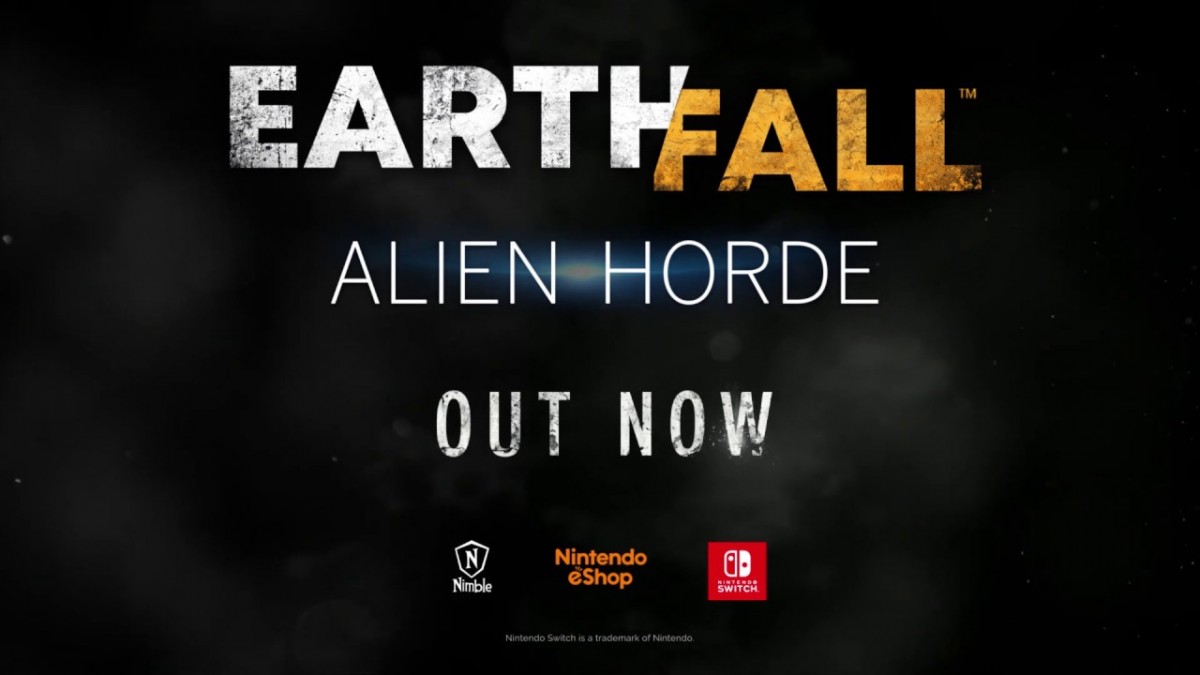 Earthfall: Alien Horde is a culmination of the previously released versions on PlayStation 4, Xbox One, and Steam, including all the content updates. Featuring 15 locations, 11 campaign chapters, 5 invasion maps, and an endless amount of procedurally generated alien hordes to fight, Earthfall: Alien Horde leaves it up to the players to take on the alien menace and defend Earth.

A Horde of Content – 15 unique locations, including 11 campaign chapters, 5 invasion maps, and tons of unlockable items!

Hardcore Co-op – Drop in, drop out and engage in classic four-player co-operative gunplay inspired by the greatest co-op shooters of our time. Now with local co-op, in addition to online play.

Death from Above – Fight the horde, a procedurally generated alien menace that makes every gameplay session tense, exciting, fresh, and utterly lethal.

Well-armed Allies – Become one of four story-driven characters and battle through an alien-infested plot while utilizing advanced weaponry and printable guns.