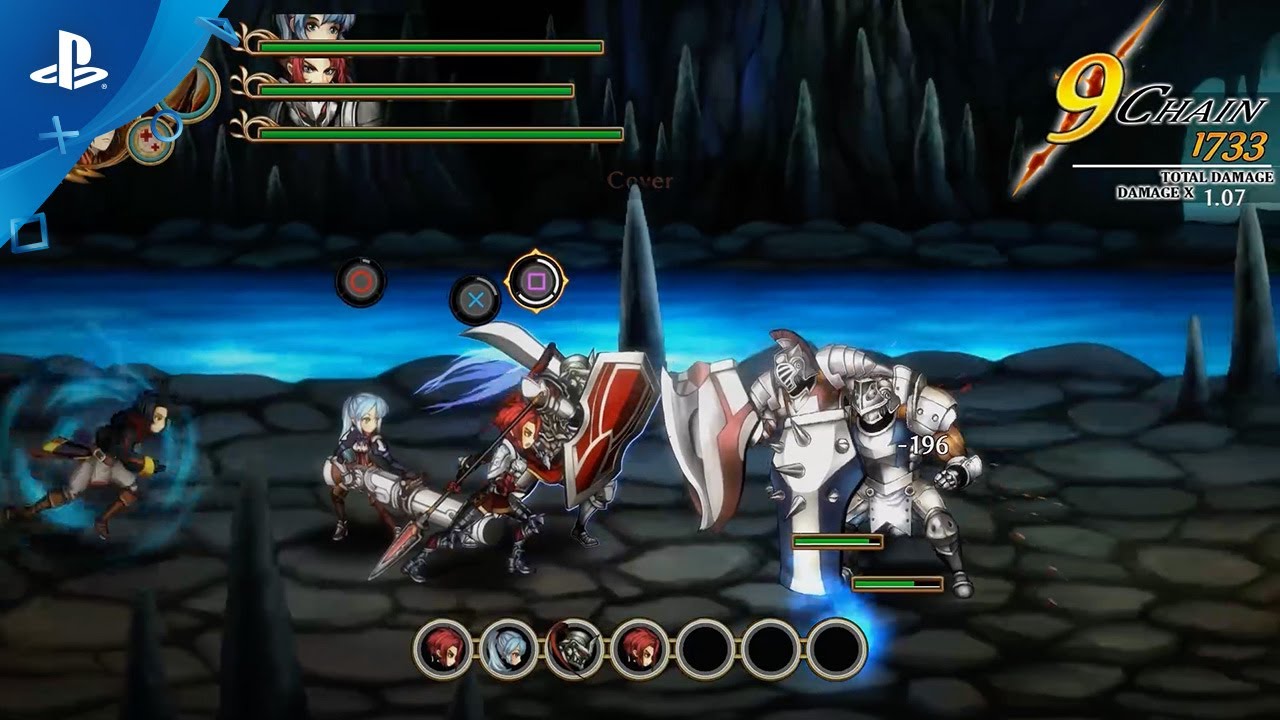 Claim the throne in Fallen Legion: Flames of Rebellion! Join Legatus Laendur, a cunning general who hails from a land devoured by the Fenumian Empire, as he fights to overthrow the royal family.

Fallen Legion’s intense battle system has players control up to four characters simultaneously. One second your Exemplars are knocking a drake out of the sky and the next you’re commanding your team to block right before a magic spell hits to reflect it back at your foes. In between battles, you make split-second decisions that change how the game unfolds.

Will you raid a village to gain a strength buff or cut your army’s rations to resurrect a fallen party member? Each choice you make bestows a different power-up and permanently changes the world.