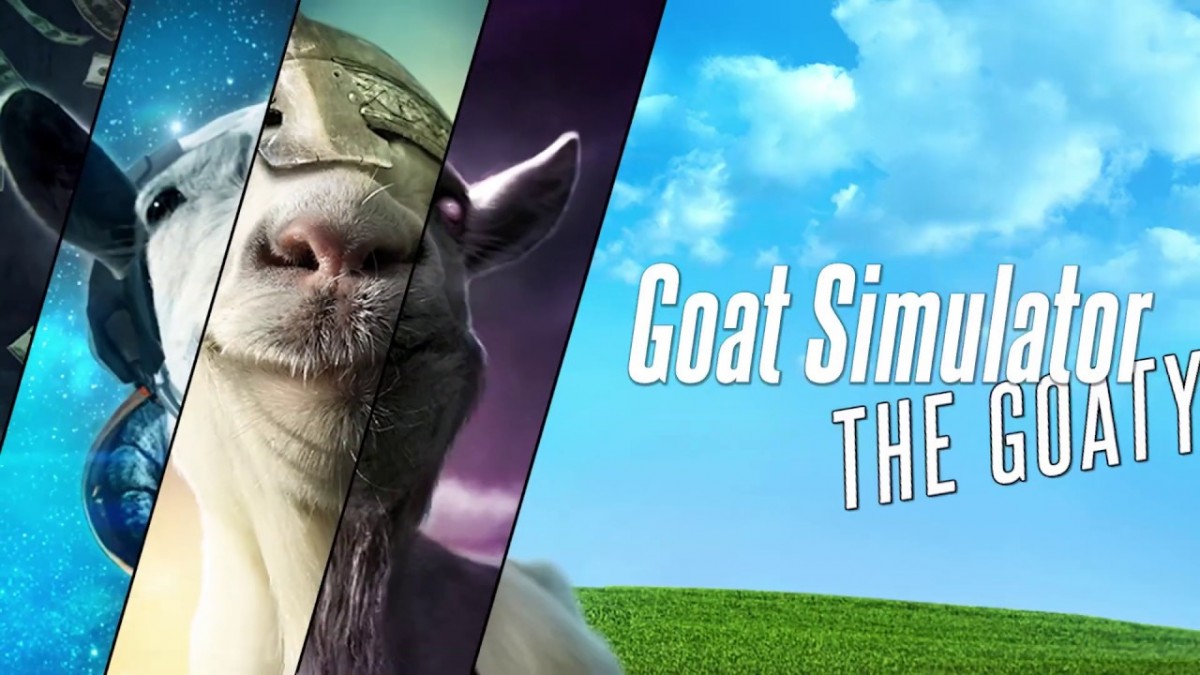 You no longer have to imagine what it is like to cause as much destruction as possible as a goat. Soon you’ll be able to pick up a controller and take on the world as a goat, racking up points as you destroy the world around you, using your insanely long tongue to drag people and objects to their demise.

Goat Simulator is the latest in high-tech Goat Simulation technology.

MMO simulation so good you’ll think it’s real! Complete dozens of quests, level up a hundred times and play five different classes that’s a ton of content you do the math, we all went to high-school well I didn’t I was too busy huffing paint behind the cafeteria.

Goat Simulator: GoatZ lets you live out your fantasy of being a zombie goat in the middle of a zombie apocalypse. The zombie themed DLC features a mandatory crafting system, a new map, tons of unlockable new goats with special powers and a completely realistic survival mode where you have to eat every damn five minutes to stay alive.

Beat people up and take their money – use your goat crew to smash & grab, then blast away all your money at Mahatma Gambling, the Indian casino – just like in that Al Cappuccino movie.

Goat simulation is finally leaving the planet where it was once conceived to explore the endless possibilities of space (Though we only had time to explore some of them). You no longer have to fantasize about colonizing space as a simulated goat. Your dreams have finally come true!