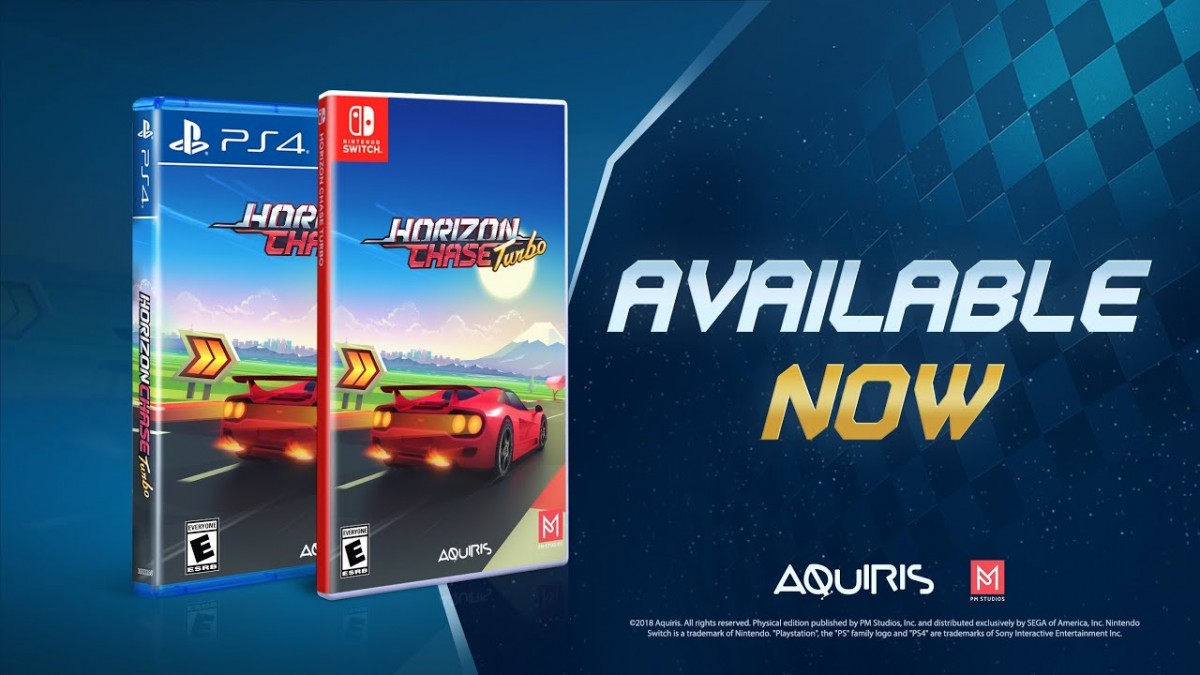 Featuring a fresh, stylized take on old-school 16-bit visuals, 4-person local multiplayer, over 100 tracks spread across dozens of locations, and a thumping soundtrack from industry legend Barry Leitch, Horizon Chase Turbo is ready to take you for a ride!

Couch Multiplayer – Sit down with family and friends for a night of adrenaline-pumping split-screen action!

Select Your Style – Whether playing alone or with friends, you can travel the globe in World Tour mode, jump straight into intense driving action in Tournament mode, do your best to survive the harrowing test of Endurance mode, or go up against the ever-changing challenges of the all-new Playground mode!

Always a New Challenge – The brand-new Playground mode serves up an ever-changing selection of races – time attacks, mirrored tracks, infinite nitro challenges, and even severe weather danger await you! Compete against the best times of fellow racers and aim for the online leaderboard top 50! And who knows what the next season might bring…?

A Legendary Composer – Industry icon Barry Leitch is responsible for dozens of classic game soundtracks, including Lotus Turbo Challenge, Top Gear, and the Rush series. And now he’s returned to grace us with another heart-stopping set of beats to get your blood pumping!

Aside from the modernly retro graphics, the split-screen couch multiplayer modes are among Turbo’s most defining features. All game modes, including the World Tour campaign, tournament and endurance challenges support local split screen multiplayer up to four players. Racers can compete in head-to-head races one at a time, or spend hours racing around the globe collecting coins to achieve the common goal of unlocking exotic vehicles and spinetingling tracks.