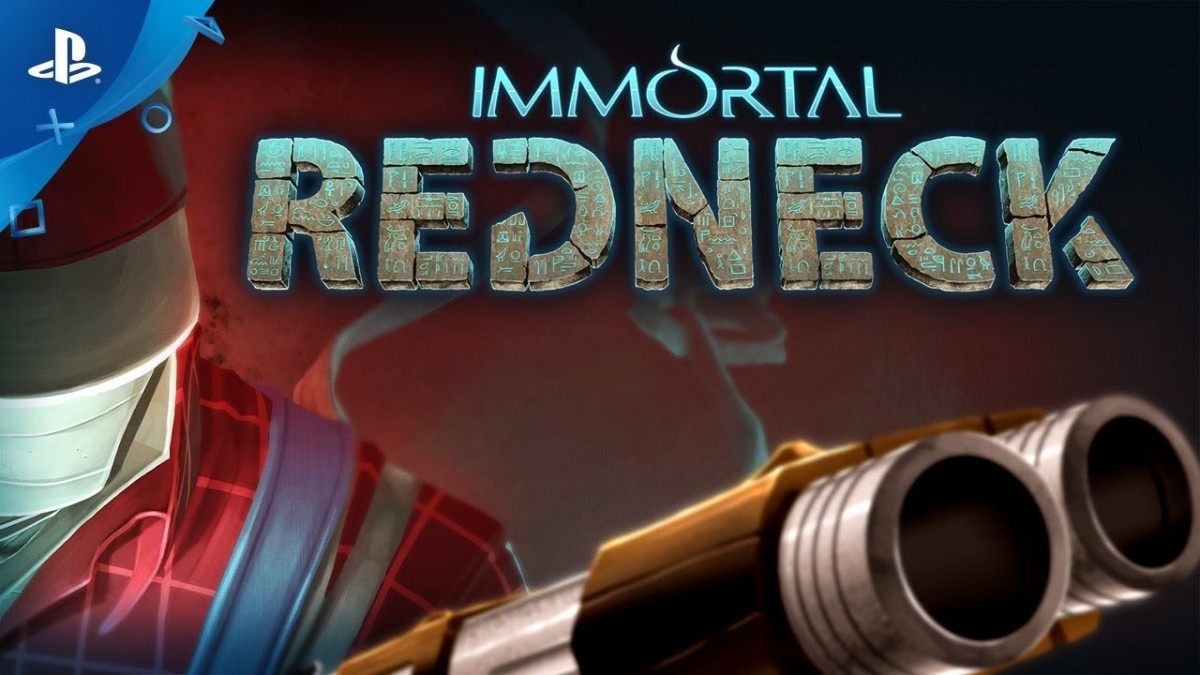 You are the aforementioned redneck on holiday in Egypt when you have a serious accident. Upon awakening you discover that you are now mummified in a sarcophagus in ancient Egypt. Sounds normal for a Tuesday. From there you must try to learn how you survived the accident and ended up transported to ancient Egypt with the answers lying inside three death-laden pyramids, each filled to their pointy tips with an array of monsters and bosses who have one thing on their ‘to do’ lists – kill you!
Each of the three massive pyramids in Immortal Redneck contains randomly generated dungeons, all with different sets of enemies and bosses, ensuring every play through is different. The game also features nine playable character classes each with their own traits and characteristics, a complete skill tree where you can upgrade your skills, unlock new classes and abilities, over 50 weapons from the traditional to the unique, as well as permanent death.

•RogueLite mechanics: randomly generated dungeons, classes, skills, permanent death but with gameplay progression
•Nine playable classes: all with different skill sets. Players can switch classes between each play through, selecting the one most suitable for their current run
•Complete skill tree: evolve your character, buying equipment and weapons, upgrading and acquiring new skills
•History Mode: single player game mode. Clear all the pyramids in order to complete the game.
•Twitch Quest: special mode for streamers integrated with the Twitch API
•Over 50 different weapons: traditional firearms, magical, mythological, futuristic or just plain weird weapons including a Potato Launcher. You name it, this game has it.
•Over 100 scroll modifiers: Each scroll picked up in-game changes your current run, for good (convert your enemies in to chickens) or for bad (reduces your speed of movement) and everything in between!
•Huge bosses: two in each pyramid
•Merchant: Buy equipment and supplies that will be maintained between different games, even when you die
•Skill Rooms: hone your skills in rooms focused on platforming and avoiding a variety of traps