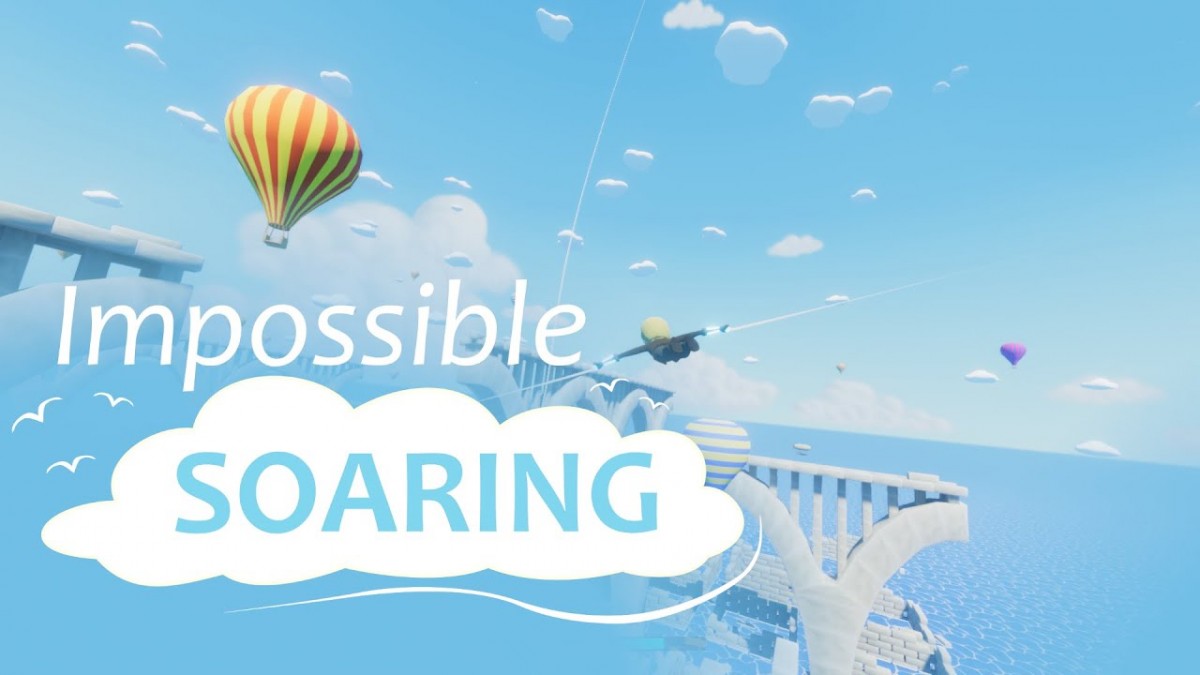 Impossible Soaring is an  aerial stunt flying game. In Impossible Soaring, players can glide through the air with the aid of special, energy-infused gloves as they compete to pull off risky aerial stunts.  The game has nine large, varied levels, each with it’s own online leaderboard.

Soar through the sky at intense speed while gracefully dodging perilously close obstacles. Test your reflexes and precision maneuvering ability as you master the challenging but intuitive skill of flight. Greater risk means greater reward.
– Gliding is physics-based, and you’ll have to maintain your energy to stay airborne. Swoop and dive with grace and finesse to conserve energy, and fly close to objects and surfaces to restore it. The more energy you have, the faster you’ll fly.
– Score points by gliding as close as you dare to obstacles and surfaces. The closer you get, and the faster you move, the more points you’ll score.
-Nine distinct, large levels, each presenting a unique environment to fly in. Towering mountain peaks, dense jungles, sunken ruins, and bizarre architectural monstrosities each aim to test your soaring skills in different ways.