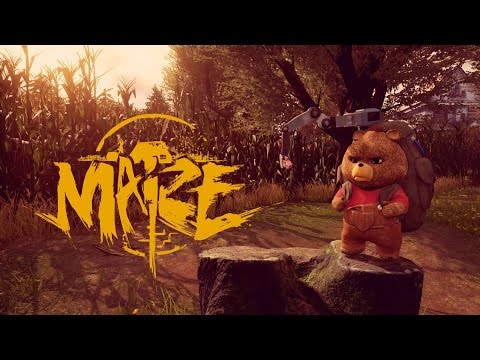 Maize
What would happen if stalks of corn could walk? Talk? Crack jokes? You probably never considered it before, but now you’re starting to, aren’t you? Discover the answer, and get an earful of puns soon, as today Finish Line Games is happy to announce that Maize, an absurdist first person puzzler adventure with a corny twist.

Explore the winding cornfields of Maize for clues, venture your way into the super secret research bunker beneath the desolate farmstead, meet a colourful cast of characters along the way, including silly sentient corn stalks, a grumpy Russian robot bear, and two scientists who maybe shouldn’t be scientists.