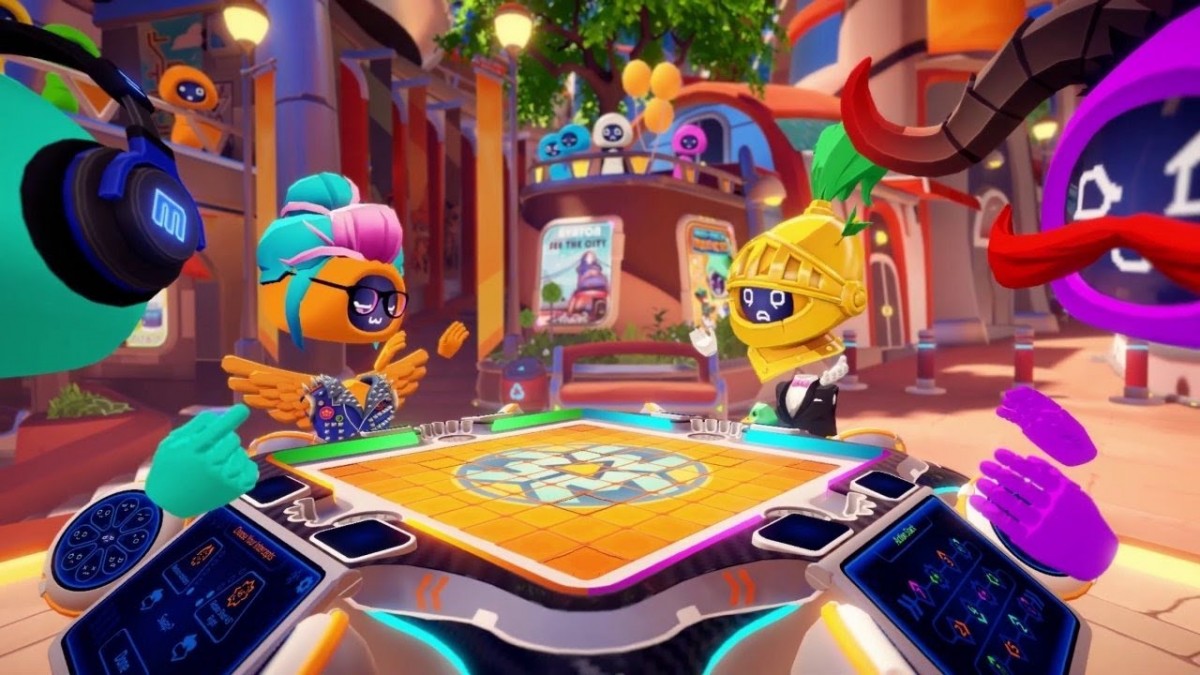 Mini-Mech Mayhem is available for PSVR. Realize your dreams of being a suped up robot partnered with cute little mechs battling opponents at a physical tabletop battle game described by FuturLab as “like that holographic chess game in Star Wars with some Hearthstone-Lite mixed in”.

With head and hand tracking ensuring you never miss a fist pump, round of applause or facepalm, you’ll feel like you’re actually sat at a table with your friends and opponents. Only unlike real life, the virtual world of Mini-Mech Mayhem allows you to customize how both your personal avatar and board game units look. Want to wear a suit of armor to your next battle? Have a head made of sushi? Or maybe you want your mech to dress like a samurai and fire projectiles from a cat? That’s no problem! You can do that too.

Beyond its unique presentation and wealth of humor, Mini-Mech Mayhem is an in-depth strategy game at heart. Available for up to four players, you’ll need to study your opponents and predict their moves if you want the outcome to be in your favor. Program your mech to target your opponent’s limbs to spin them off course, send their shots careening off in another direction, or even knock them onto another square. Maybe you want to play fast and loose, or perhaps you’re the kind of player who liked to slowly accumulate power so you can use intercept cards and turn the tide of war? The choices are all yours!

Don’t have anyone to play it with? Fear not, as Mini-Mech Mayhem features 30 single-player puzzle challenges along with optional AI opponents that can be played against at three different difficulty settings. To add to the sensory experience, the music is produced by leading video game composer Joris de Man, whose previous work includes Horizon: Zero Dawn, Killzone and FuturLab’s own Velocity 2X.