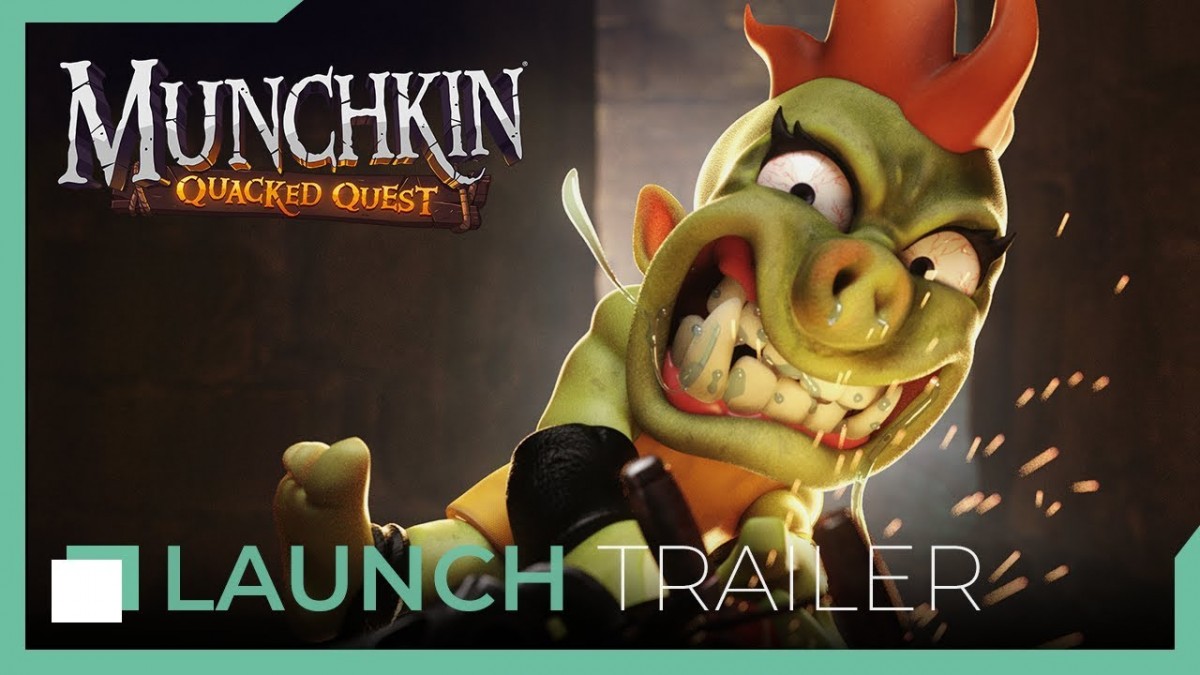 Munchkin: Quacked Quest is  the digital adaptation of Munchkin

The essence of the Munchkin: Quacked Quest experience:

intense & skill-based brawling action. Up to four players cooperate to fight enemies (while betraying each other), grabbing loot and treasures while chasing the ducks.

Munchkin, the hit card game designed by Steve Jackson and winner of the 2001 Origins Award for Best Traditional Card Game, is now reimagined.

Dive into Munchkin: Quacked Quest and re-discover the parody, puns, and humor from the hit card game Munchkin, updated for the digital world. Gather gold, throw your foes (and friends) into pits, collect ducks, eliminate the monsters—from the Potted Plant and the BBQ Chicken to the mighty Plutonium Dragon—and reach the highest level to win the game! After all, there’s only one spot at the top and you just found a chainsaw…

What is Munchkin: Quacked Quest?