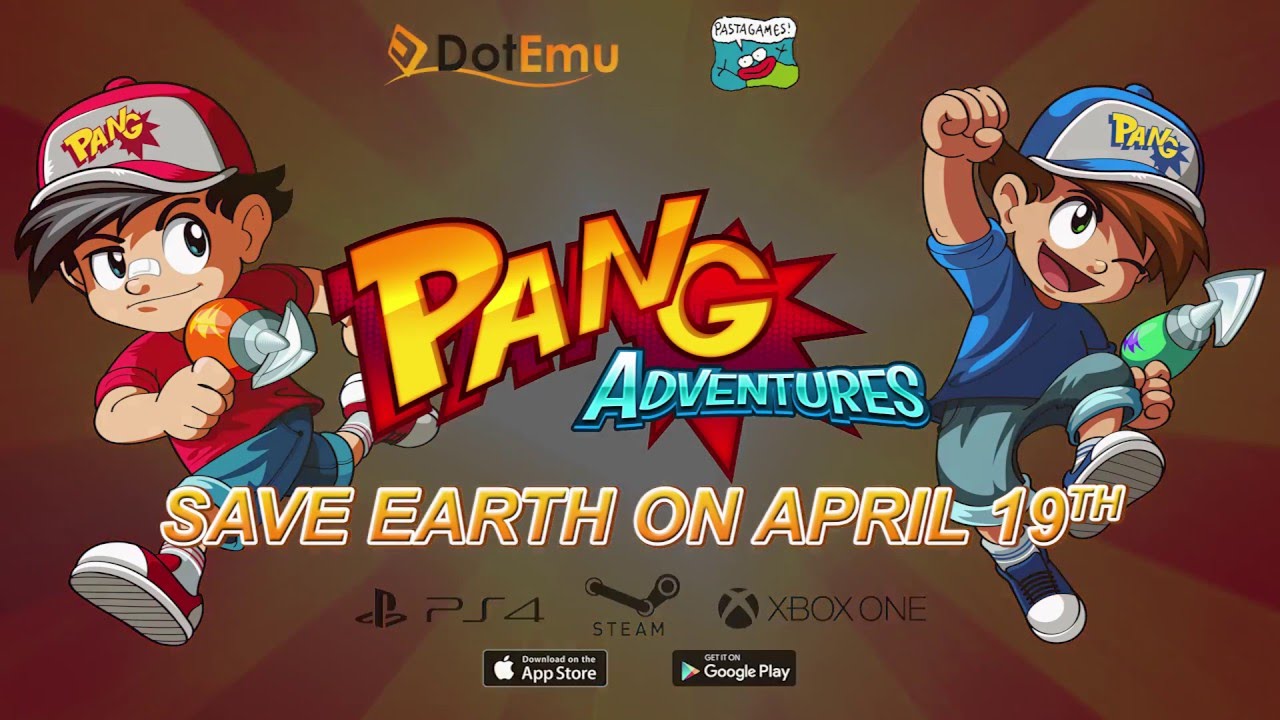 The famous Pang series (sometimes known as Buster Bros. or Pomping World) returns in this reincarnation of the classic ’80s arcade game. This installment maintains the original spirit of the game while delivering some surprises and new features!

The revered Pang series follows the adventures of two brothers on a global quest to save the world from alien invasion. In Pang Adventures, players face an onslaught of dangerous aliens in several iconic locations around the world, including exotic places like Antarctica, Death Valley, Bora Bora and more recognizable landmarks. Battle aliens across more than 100 levels using awesome and daunting new weapons including machine guns and flamethrowers, and test your skills in a variety of modes.

The easy to learn arcade-style of Pang games have stayed true to core gameplay from their early 90’s counterparts but have evolved to harness today’s graphical capabilities, bringing bright, vibrant and colorful characters to life on modern consoles.