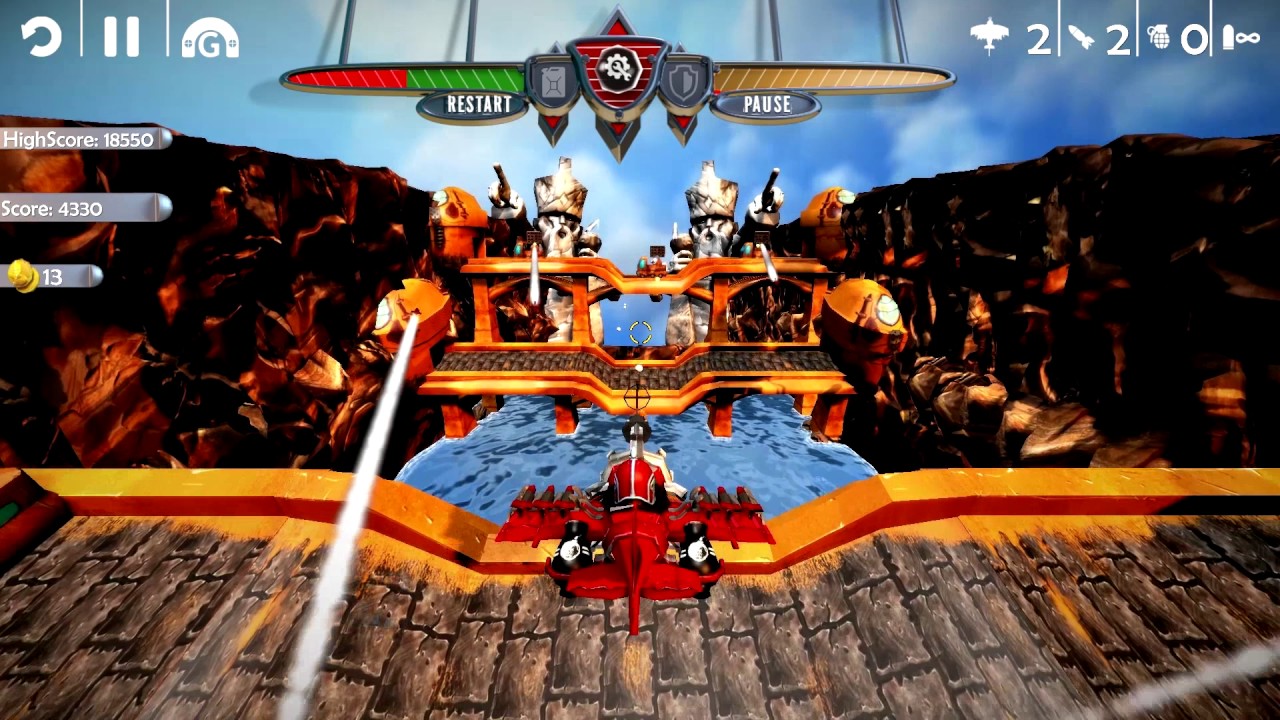 Red Barton and the Sky Pirates
Red Barton and the Sky Pirates is an exciting 3rd person arcade combat flight shooter reminiscent of games like Star Fox back on the classic N64 and the legendary “After Burner” arcade. It is set in an imaginative and original cartoon style steampunk world with superb hand-drawn illustration quality in-game graphics. The player plays the role of Red Barton, a pilot of a steampunk-style World War I era fighter airplane fighting his way through a menagerie of enemies, on a mission to save his love and honor.

Single Player Campaign: Play the role of Red Barton and fight your way through a variety of enemies, on a mission to save your love and honor. Enjoy a sophisticated story line with future updates to Diamondia universe such as locations, factions, lore, quests, achievements and much more.

Split Screen COOP: Play with your friend in this local coop mode.

Survival Mode: Pilot your World War I era style fighter airplane through endless waves of enemies How far will you go?

Customization options: Customize your fighter airplane with aircraft and weapons upgrades as well as aircraft skins.

Weapons Galore:  Blast your way through using a variety of weapons from Machineguns to Cannons and Rockets.