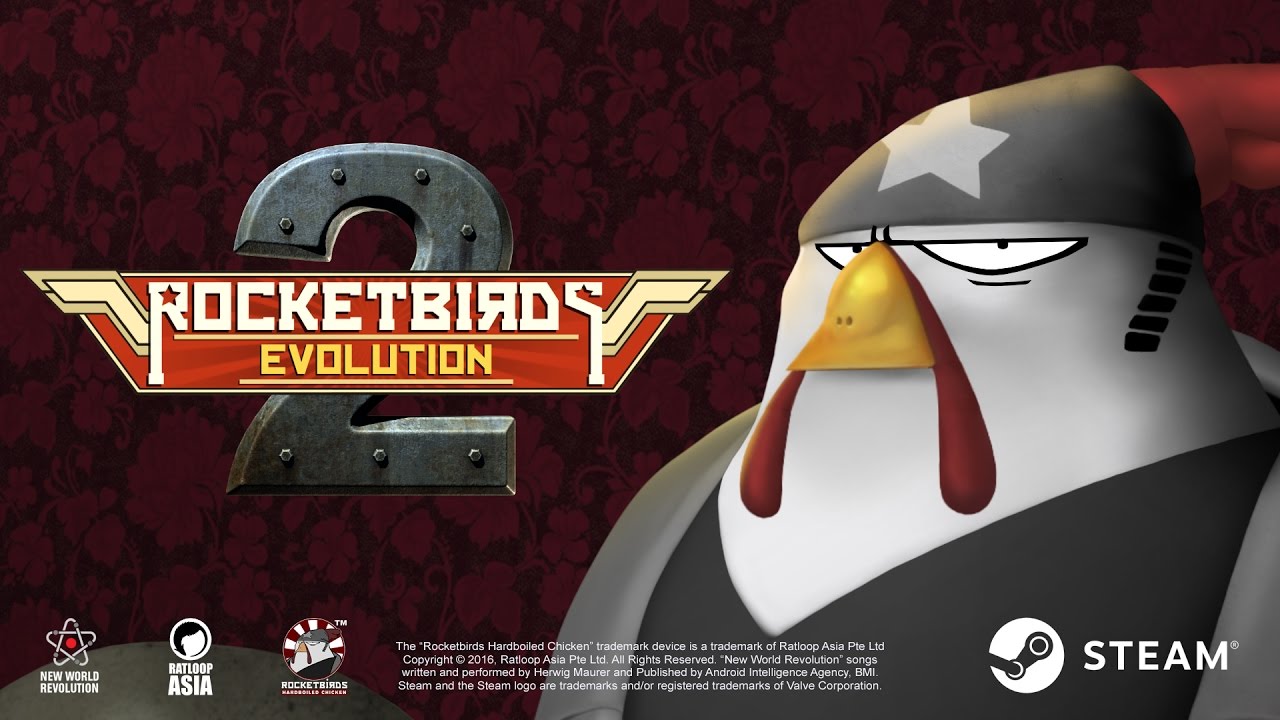 Rocketbirds 2: Evolution
iL Putzki, that dastardly Penguin despot, is still alive – and the evil totalitarian Penguin regime seems stronger than ever! What’s up with that? Uncover the sinister plot as Hardboiled Chicken, the Original Coq of War, and put an end to it, once and for all – in the full, single player story campaign.

After the fall of Albatropolis, General Puff and the Budgie Commandos have set up residence in the old hotel and are getting themselves organized! Assemble a strike force of great magnitude and go on rescue missions behind enemy lines in the game’s 1 – 4 player Rescue Mode. Leave no bird behind!