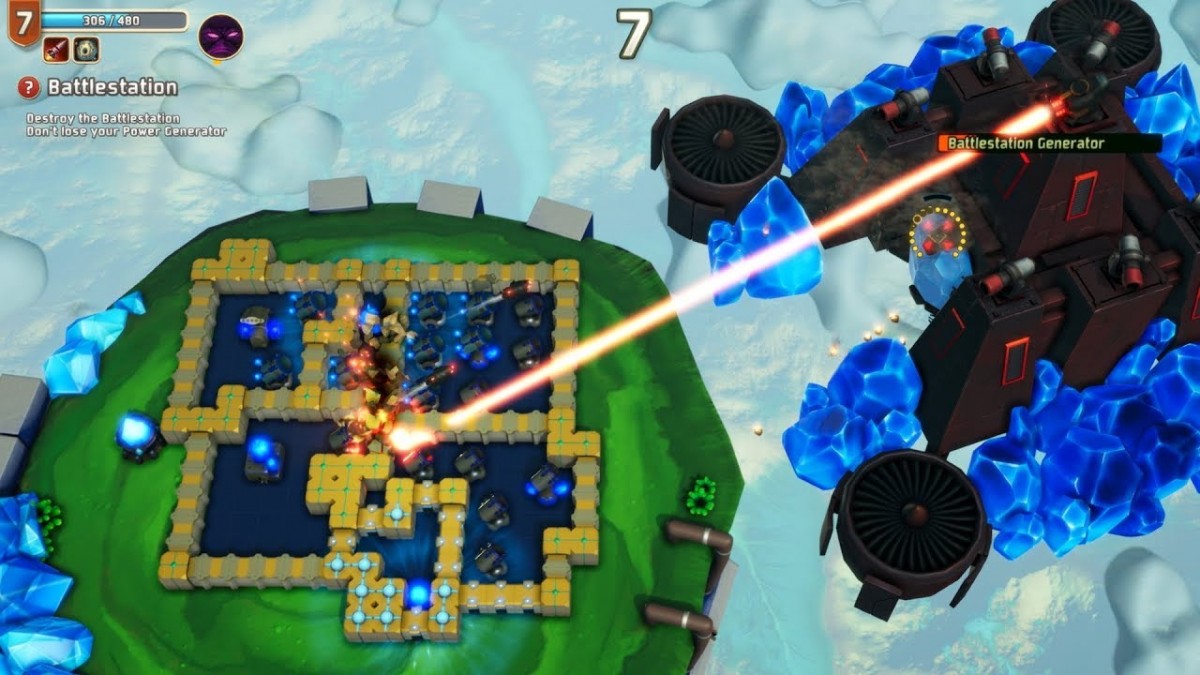 Sky Cannoneer is the spiritual successor to the arcade classic Rampart.

Become a skilled Corsair in the Sky Lord’s Navy as you unravel the truth behind the plague that ravaged your planet Emoria. Improve your Battle Haven with upgrades, new types of forts and augmentations, then choose which technologies, superpowers, and summons you want to use against the enemy forces.

Each round starts by building up your power grid with randomized walls. You then place cannons on your power grid to increase your offensive capabilities. Use your cannons and special powers to defeat your opponent! Over the course of the game, you improve your flexibility and power to deal with ever-increasing challenges and threats. There are millions of possible combinations for your Haven’s load-out, and the upgrade system creates cool and surprising twists on the original game’s formula.

Weapons and Powers include: