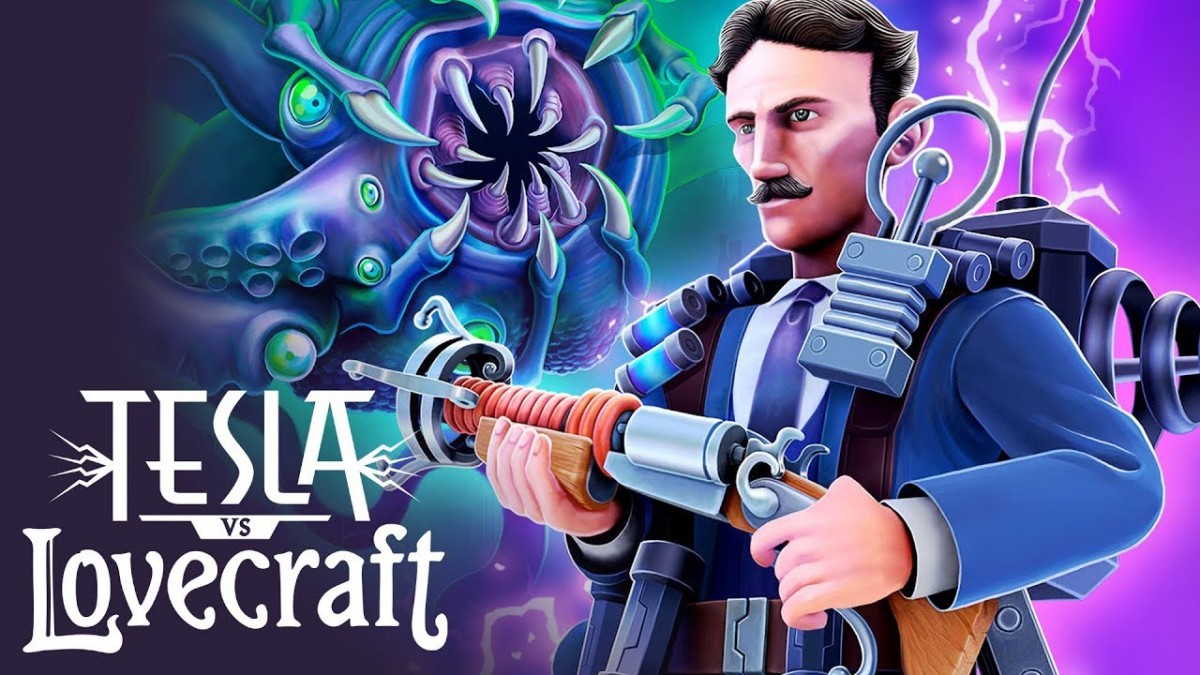 In Tesla vs Lovecraft, the player assumes the role of the cult famous inventor Nikola Tesla fighting waves and waves of monsters summoned by horror author H.P. Lovecraft. The player gets to use ingenious gadgets like the Quantum Teleport backpack, which allows teleporting a short distance even through solid matter. The highlight of the game is the Tesla-Mech battle robot, which provides a massive but temporary boost in firepower. A full arsenal of conventional and scifi weapons, powerups, special abilities, and selectable perks is also present.