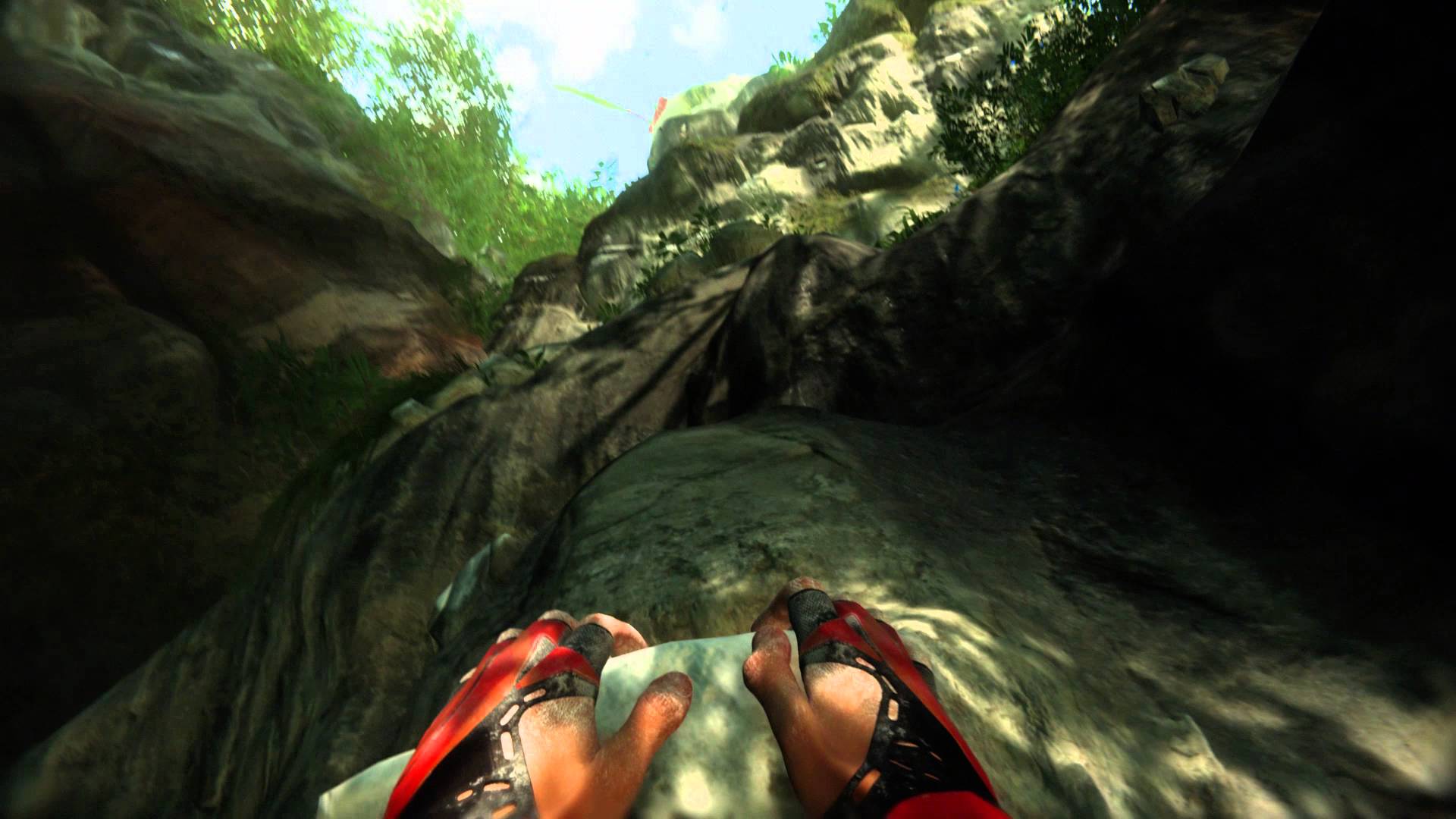 Feel the unrivaled adrenaline rush of free solo rock climbing and encounter the majesty of nature like never before in The Climb, a virtual reality game about the excitement of rock climbing and the challenge of scaling massive heights. The Climb invites thrill-seekers to experience the ultimate in extreme sports by going beyond the point of no return and scaling deadly cliff faces unaided. The game boasts hyper-realistic climbing locations from around the world, and players will discover the freedom of gaming in VR with their choice of game controllers.

The Climb has won the award for Best Innovation at the prestigious German Computer Game Awards (Deutscher Computerspielpreis). The ceremony, held in Munich on April 7th, was attended by over 600 guests from business, politics, culture, media, and the videogame industry and was presented by the German Federal Minister for Transport and Digital Infrastructure, Alexander Dobrindt.

The German Computer Game Awards celebrates high-quality, innovative, and culturally and educationally important video games, and winners are selected by an independent panel of experts. In awarding Best Innovation to The Climb, the jury commented: “The Climb is an excellent VR-climbing simulation with stunning graphics, proving that technology ‘made in Germany’ is internationally competitive.”

In The Climb, players experience the intense rush of free solo rock climbing as they become present in stunningly rendered environments and ascend huge heights, all from the comfort of their own home. Developed exclusively for VR and powered by CRYENGINE, The Climb features breathtaking locations around the world which gamers explore with intuitive controls – the game is easily accessible for players of all ages and experiences, yet also delivers depth, challenge, and competition for veteran gamers.