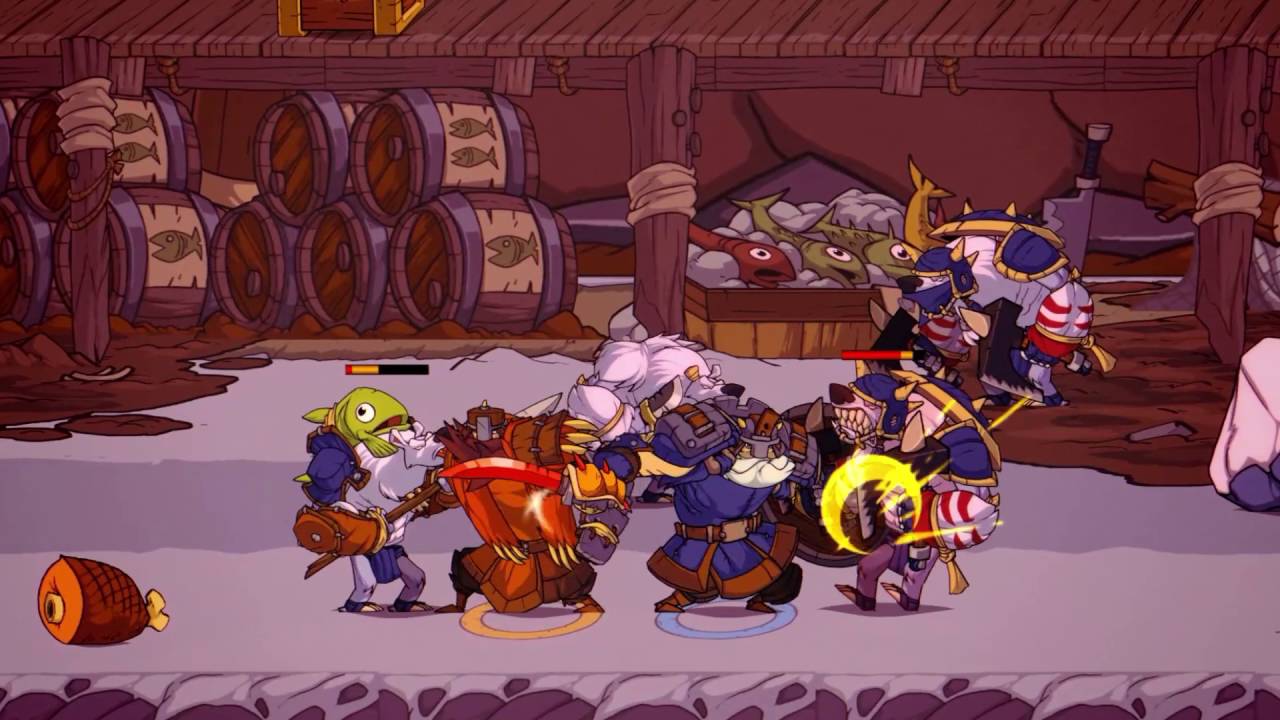 Viking Squad
Viking Squad is a side-scrolling brawler where you and your friends fight your way out from under the maniacal rule of the village Jarl. Along the way you will encounter strange new foes, gather powerful weapons and liberate strange new gods in an ever-expanding pantheon of plunder!

Each play session consists of a new run through a procedurally generated game world. Players are given a command to take all the treasures of neighbouring civilizations. Upon sailing to each location players fight the locals for their wealth. Players control one of 4 different Vikings, each with their own move set and personality. The Vikings and their trusty longship can be equipped with items along their journey, drastically affecting their voyage.

RPG elements. Find new weapons and level up each character.

A variety of play styles. Each playable character has their own signature weapon changing the way they approach combat.

The Gods guide your voyage. By worshipping each god during your voyage new opportunities and perils are unveiled