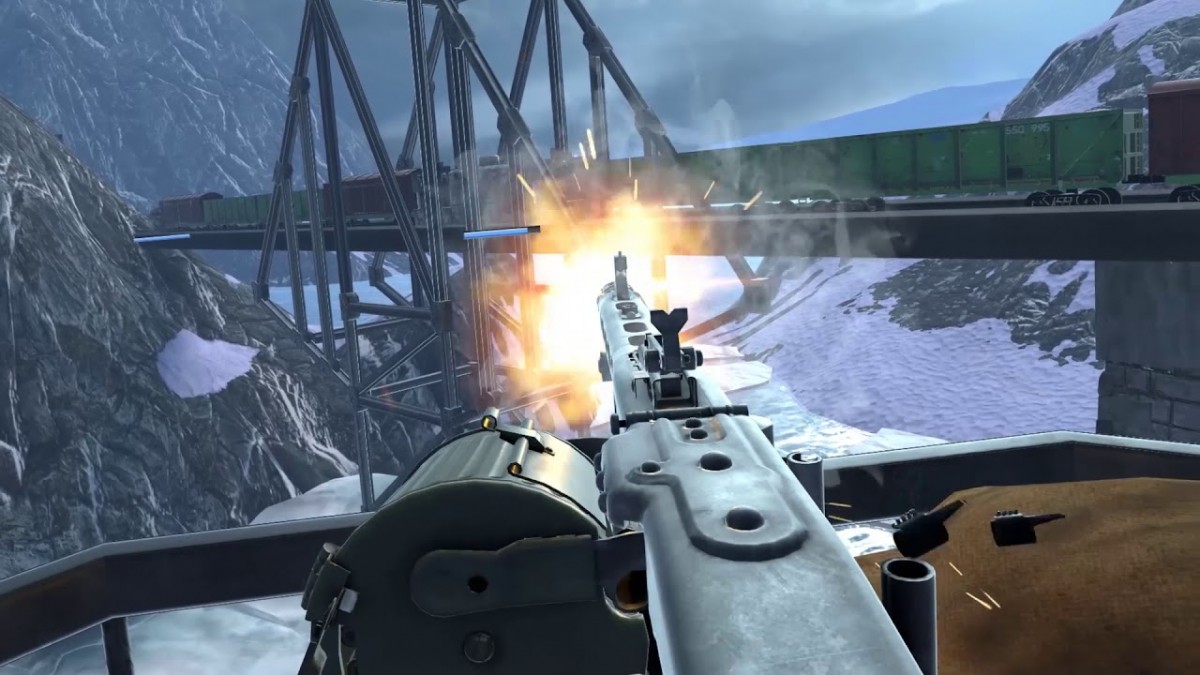 Repel the Axis’ terrifying armed forces from the cockpit of an experimental M-4 Sherman tank. Spread armored justice throughout rural Germany in Tank Commander mode and operate the control sticks in real-time with VR controls and motion tracking. Unleash carnage by rotating the turret manually and firing the devastating cannon at enemy troops, tanks, and fully-destructible buildings.

When surrounded by forces coming in from all sides, exit the hatch and hit the ground running. Wield historically-accurate armaments ranging from assault rifles to sniper rifles or bunker up with a .50 caliber heavy machine gun to lay waste to oncoming soldiers and enemy armor. It takes a cool head, a keen eye, and multi-tasking skills to survive Tank Commander mode.

Anyone new to VR should try Longest Road mode for an easier acclimation to Winter Fury’s chaos. The arcade light gun experience manages the tank’s movement. Players instead focus on taking out enemies with the .50 Cal, ducking behind the tank for cover, throwing grenades and shooting rockets at oncoming attackers. Fire heavy shells at bosses like armored trains and destroyer ships. Varying difficulties allow players both seasoned and casual to tailor the game to their preference.