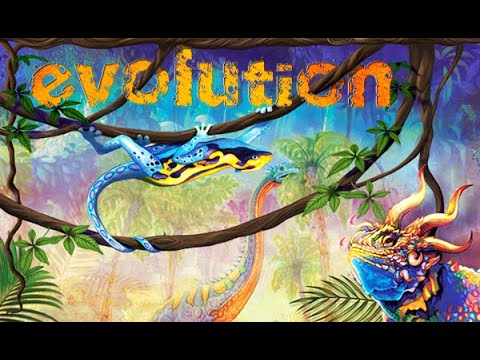 Evolution: The Video Game is the digital reimagining of the popular board game and has been carefully crafted so budding young field researchers can jump right in. In mere moments, anyone will understand what makes Evolution an award-winning franchise with more than 1.6 million players around the world.

Survive in an ever-changing environment by creating new species brought to life with a beautifully hand-painted, watercolor art-style and an earthy, contemplative original soundtrack. Adapt nigh-infinite creature combinations by merging natural traits such as climbing or horns to survive deadly predators and dwindling resources. Develop symbiotic relationships between plant-eating species or evolve carnivorous beasts to feed on the opposition in this addictive, turn-based strategy experience.

While Evolution’s digital adaptation is loyal to the original board game, it has also done some evolving of its own. Stunning new artwork, animated cards, lush environments, distinct enemy A.I. Bosses, and a new campaign mode are but a sample of the new features exclusive to the digital edition.

Playing against human opponents from around the world provides its own thrill in fast-paced games. Cross-platform multiplayer provides a deep pool of players to battle wits with, and skill-based matchmaking encourages healthy competition. Evolution’s digital form has been crafted to play as fast as possible, so matches generally last less than ten minutes.