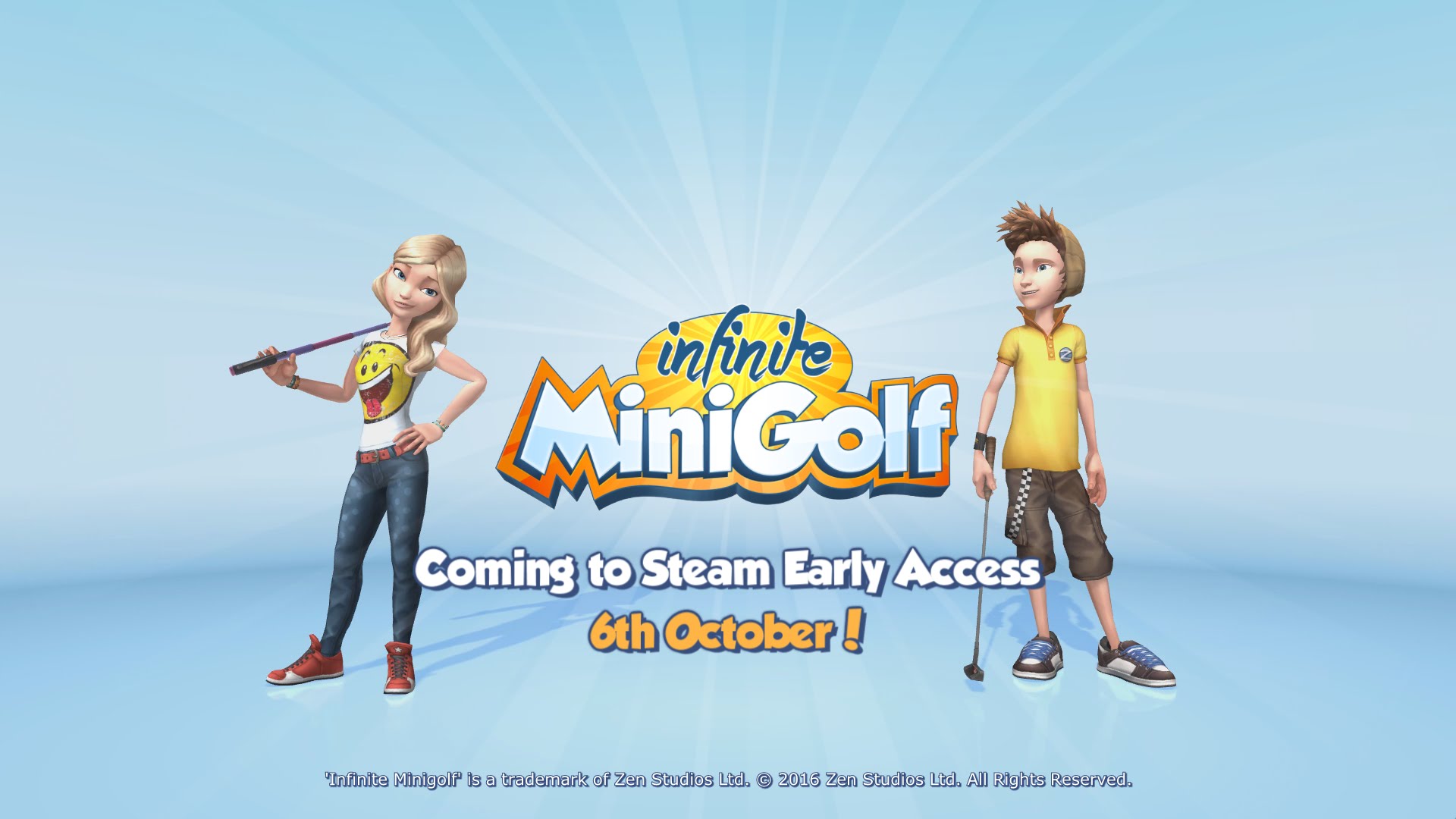 DEFINITIVE MINIGOLF EXPERIENCE — Simple, responsive controls make Infinite Minigolf easy and fun to play. Either by relying on precisely finding the right angles and strength or the smart use of the great variety of power-ups, you’ll always be in perfect control of the game. The innovative scoring system encourages you to find creative ways of putting the ball into the hole.

FUN WITH FAMILY & FRIENDS — The local multiplayer mode allows you to challenge your family members or friends in frantic tournaments even with a single controller or mouse. Online multiplayer will be added soon, with support for up to 8 players in various game modes.

CREATE & SHARE — Infinite Minigolf comes with an easy-to-use course editor, making it possible to create new holes in the matter of a few minutes. Share your creations with the community by simply pressing a button, and watch them gain accolades from other players in the form of likes.

INFINITE MINIGOLF — Explore thousands of holes created by the community, set new world records, participate in multiplayer competitions, customize your character with unlockable clothes and accessories or create your own courses – the possibilities are endless in Infinite Minigolf.