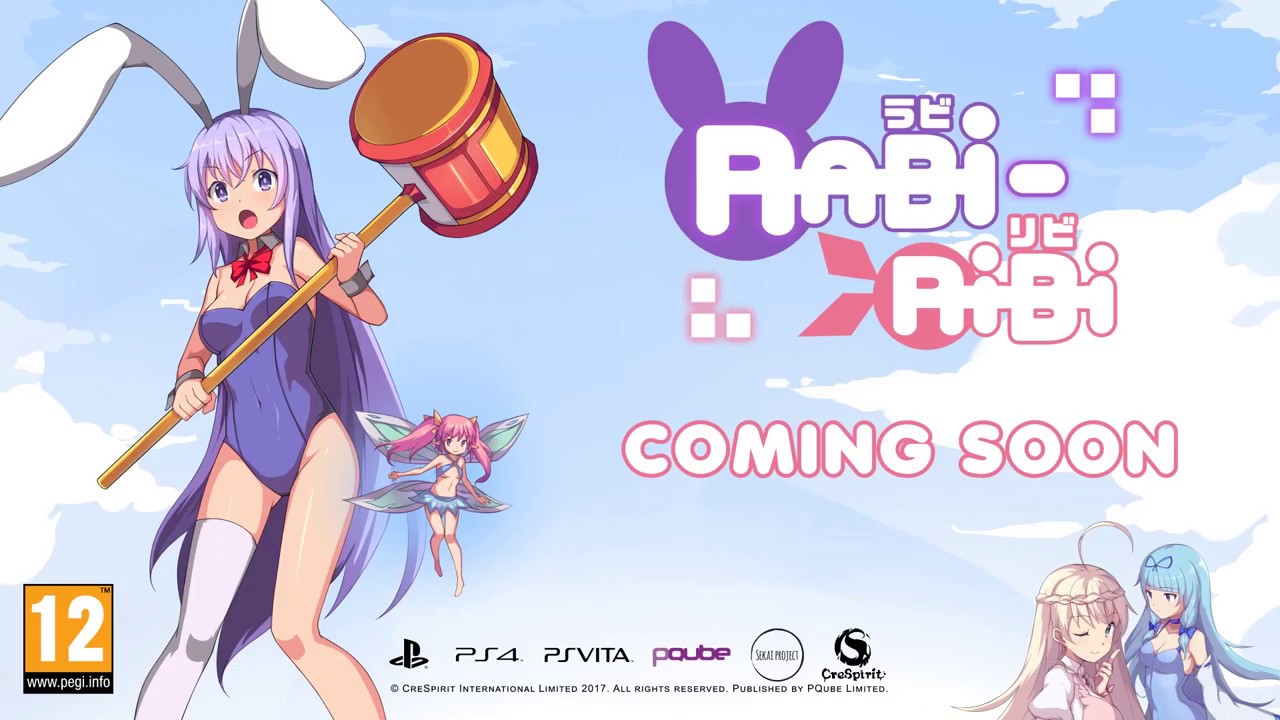 Rabi-Ribi, a 2D side-scrolling platformer with bullet-hell (or in this case, bunny-hell) style boss battles.

Rabi-Ribi follows the “mishop” adventure of Erina, whose routine life as a rabbit is turned upside down and inside out when she awakens to discover that, not only is she in an unfamiliar new world, but she has been transformed into a human girl…with rabbit ears and a fuzzy lil’ tail to match! As Erina ventures out into this magical new world in search of her Master, she meets the spunky pink-haired fairy, Ribbon, who mysteriously chooses to stick by Erina’s side. Together, these unwitting heroes embark on their quest to restore Erina’s life to normalcy, unbeknownst to the troubles that await them.

Players will hop into the shoes of bunny-girl, Erina, who happens to specialize in close-quarters combat. Ribbon the fairy will act as a support class character, providing Erina with ranged attack reinforcement and attribute buffs. Learning how to use the two characters in unison is crucial if players are to survive boss battles where the screen can become blanketed with enemy fire in a matter of seconds!

And while Erina may be a fuzzy little rabbit turned human, this doesn’t stop her from being capable of some pretty spectacular moves and combos! As the game progresses, both Erina and Ribbon’s relationship will grow and their abilities will improve by learning new skills and attacks, and by collecting items, weapons, and equipping upgrades that are hidden throughout the world. What trinkets and skills to acquire is solely up to the player’s ability to discover them. Rabi-Ribi focuses on non-linear gameplay. There game does provide players with guidance hints, but they are never required to adhere to them, which allows for complete freedom to explore the world a-la “Metroidvania” style.