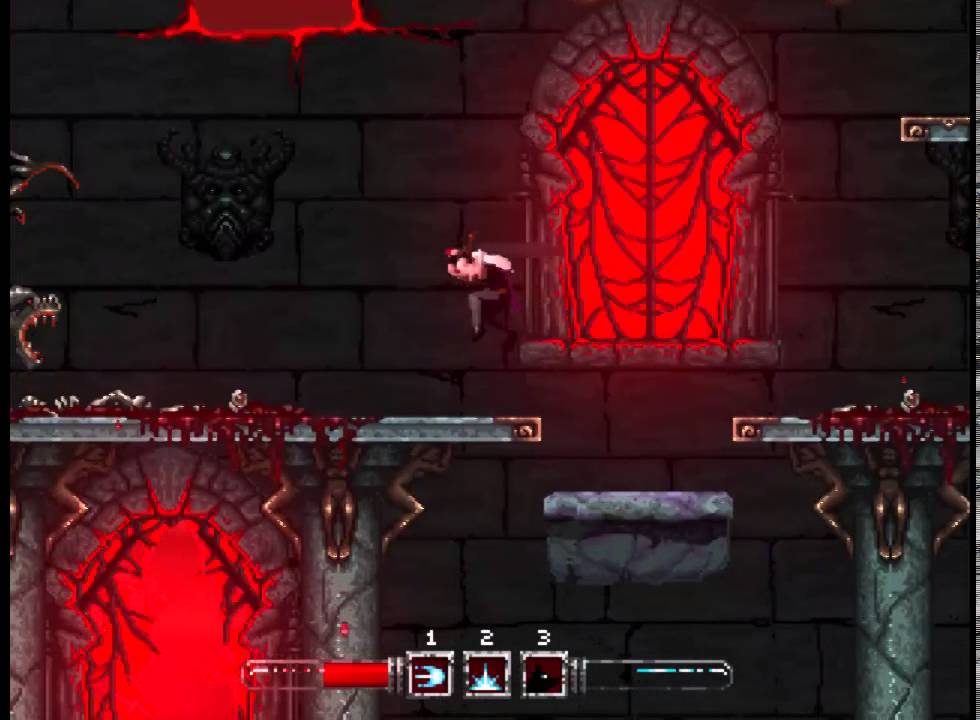 ‘Slain! – A gothic puzzle-combat platformer with gore galore. Putting a strategic twist on the classic hack and slash games of the ‘80s and ‘90s.’ Players control Bathoryn, a hero in a Gothic world, seeking to liberate seven great towers from 7 deadly overlords. Bathoryn must battle his way through a doomed land packed with gruesome pixel art foes before ascending (or sometimes descending) each tower, defeating puzzles, traps and monsters alike. At the heart of each tower, he must confront a mighty overlord. Defeat it and Bathoryn’s quest continues. Fail, and you’ll die gruesomely – mauled by werewolves, disintegrated by floating monstrosities, squashed by great weights or torn apart by hidden blades. And you will fail…