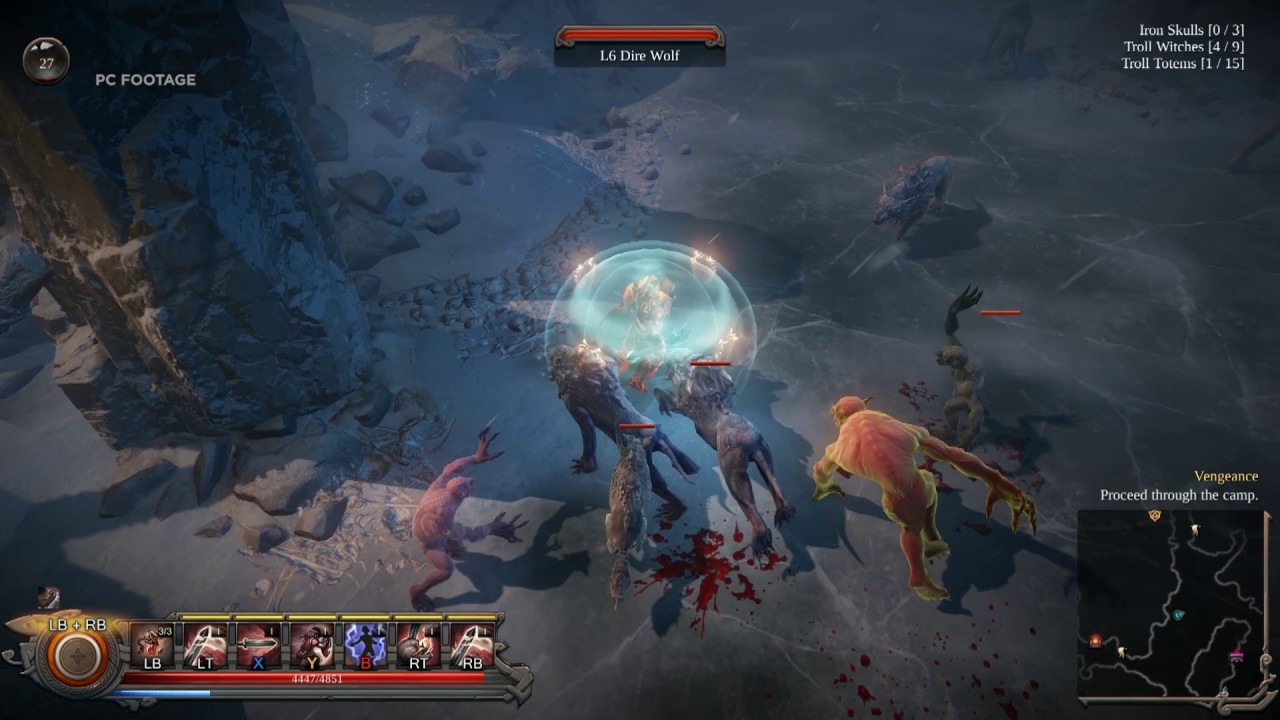 “Fear the wolves, especially in winter. They are cold, they are hungry – and they will stop at nothing to survive…”

Legend has it that when the coldest winter descends, the Jotan – giants of the Outyards – will take their vengeance against the gods of Asgard, thus heralding the start of Ragnarok – the war to end all things. But when the Jotan began to unite the Fire and Frost Giants under their flag, they crossed paths with an outcast clan of Vikings called the Ulfung – the Wolf Clan. This marks the point in time when the fate of the Gods, and all of Midgard, fell into the hands of one mere mortal.

Enter the Shores of Midgard, a world based upon the mythology and history of the Vikings, but with a fantasy twist. Battle fearsome giants, terrifying barrow wights, and the dark creatures that lurk in the shadows, as you strive to survive the growing cold that threatens to end all life, forever. Master mighty weapons, including the sword and shield, two-handed hammers, dual-wielded axes and swift bows to unlock fearsome Battle Powers. Earn blood in battle to offer in tribute to the Gods in order to acquire and enhance devastating Spell Powers as well as unlocking intriguing Gifts.

The world is ending… and it’s your destiny to prevent the imminent destruction that Ragnarok brings to the worlds of Gods and men.

•Visit the worlds from Norse mythology and travel the realms of earthly Midgard, freezing Niflheim and boiling Balheim, either as a fierce Viking warrior or merciless shieldmaiden. Withstand the deathly colds and protect yourself from exposure to nature’s wrath in order to survive.
•Collect blood from fallen enemies and sacrifice it at the altar to gain gifts from the Gods to enhance your powers.
•Control your rage, or let your anger take hold by activating Rage Mode and use it to your advantage to overwhelm your enemies in combat.
•Improve your skills with each weapon to unlock their true potential, including swords, bows and spell-powered canes. Talismans of Thor or Loki. Put your new skills to the test by competing in the Trials of the Gods to earn further rewards.