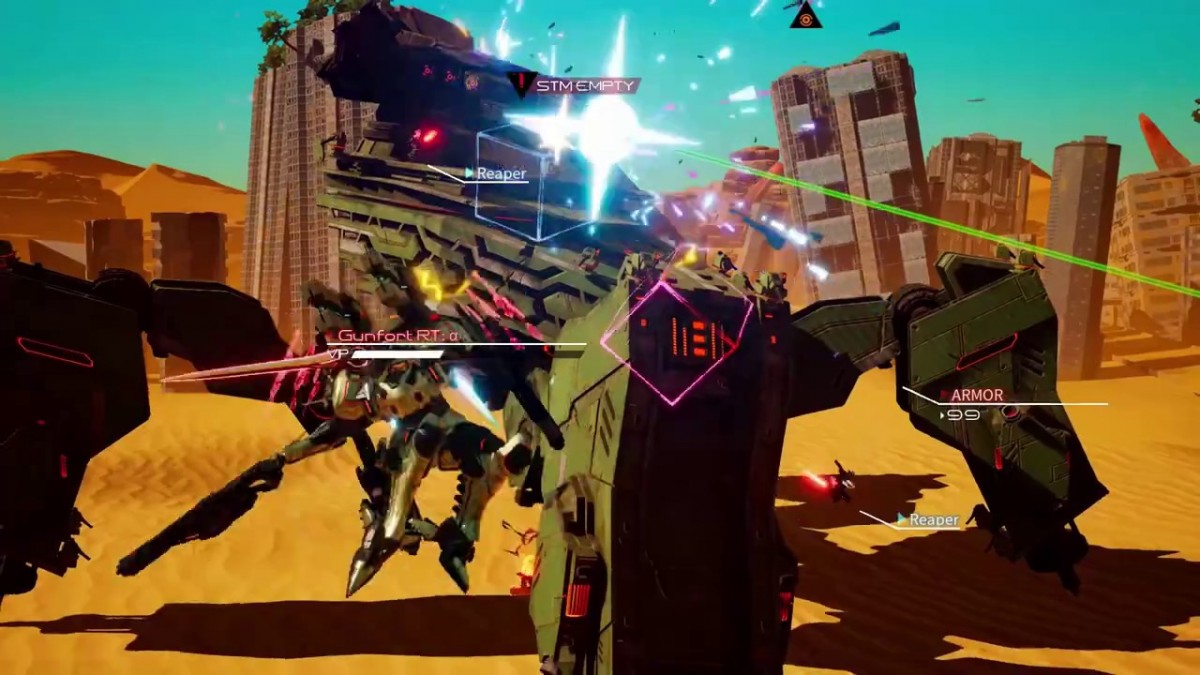 Welcome to your battlefield. DAEMON X MACHINA puts players in the cockpit in a fight for the future of humanity. Taking the role of an Outer, a new breed of human that emerged following a global catastrophe, players will suit up and pilot their fully customizable mechs, called Arsenals, on the front line of a desperate war for survival against corrupted AIs known as “Immortals.” Team up with fellow mercenaries in the Orbital organization to turn the tide, but be careful – mercenaries always have their price, and today’s allies can become tomorrow’s enemies.

Soar across the battlefield in an Arsenal mech to combat the Immortals wherever they appear – in crumbling cities, strange deserts, and inside of massive facilities. As players progress through missions, they will be able to salvage new equipment from defeated enemies, providing more combat options ranging from laser swords to explosive artillery, and can customize their characters with a variety of cosmetic modifications and cybernetic upgrades that grant new skills. Players can also participate in online 1 vs. 1 or 2 vs. 2 Versus Modes with competitive leaderboards for top mercenaries, or team up for Co-op Modes, allowing up to four players to team up to take on Colossal Immortals or explore randomly generated Immortal bases for powerful rewards.