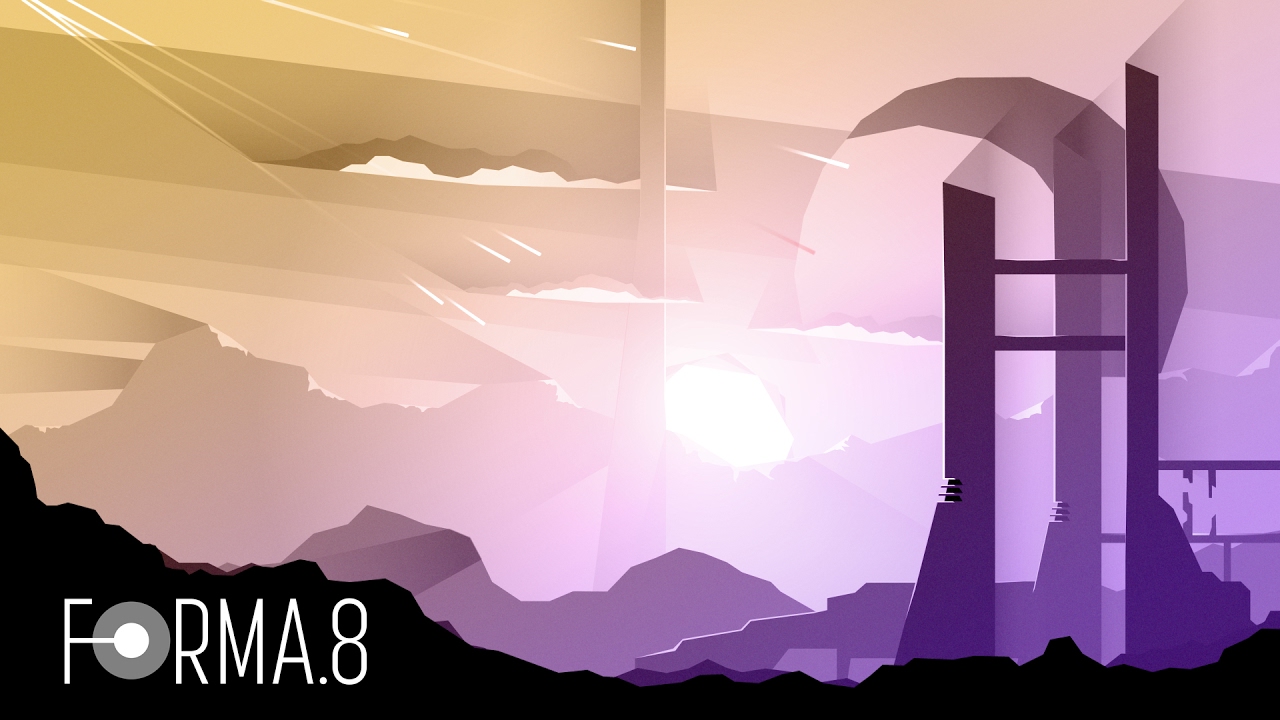 Forma.8
In a distant future, the small exploration probe forma.8 is stranded alone on the surface of an alien planet. He got parted away from his companions by an accidental event and has a life or death mission to accomplish: he needs to find and recover a powerful energy source deep under the surface before it’s too late. Ancient civilizations, great perils and dystopian visions awaits him, and not everything is as it seems…

Floating gracefully in mid air, with a control system that aims to give the player a true sense of flying, our little hero forma.8 starts with no powers, no weapons and no hints of what to do and where to go: it’s up to the player to explore the planet, deal with its often hostile inhabitants, and slowly uncover the story.
There’s no verbal communication in the game, everything is conveyed to the player only with images and sounds. A unique mix of hand drawn vector graphics and 3d elements brings the world of forma.8 to life with a clean and vibrant look, while the fully physics based interaction with the environment and the planet weird fauna offers unexpected twists to the gameplay.

•A huge open world to explore and a mysterious story to unveil
•Glide around as forma.8 with an innovative control system
•Unlock 10 different power-ups to progress further in your quest and face your enemies