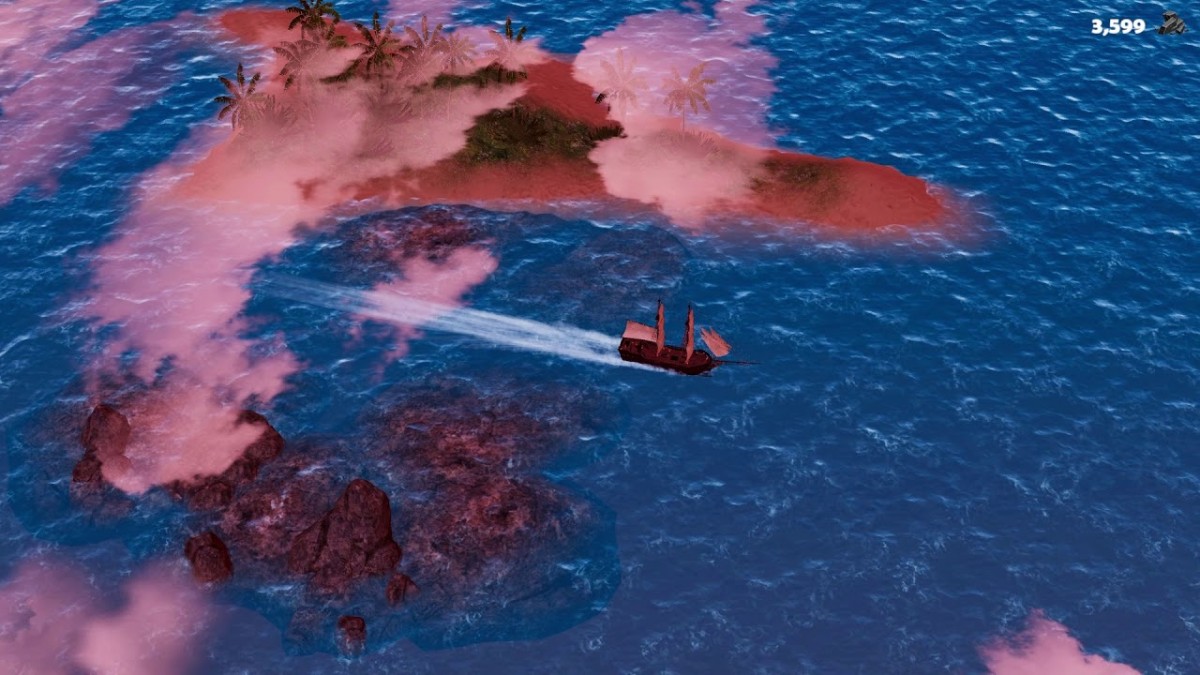 Pirates of First Star, the adventure/RPG/puzzle, is a throwback to old school game design.

The king is broke. He summons his (now adult) children and tasks them with finding a legendary treasure that once disappeared into thin air right under his nose. They all reject his proposal, except for one. Zach, the youngest, decides he’s got nothing better to do, and heads out with absolutely no clue where to begin his search. He’s quickly met by Chelsee, who feels like getting in on those while treasure thing might not be a bad career choice.

They embark on a bizarre journey filled with twists and turns and a positively silly cast of characters. There’s a bridge bully, a witch (at least that’s the rumor), a chili cook-off champion with a horrible secret, a pirate who’s in a hurry to get back home because he has prime seats for Turtle Fights XIV, a giant rock monster who is sad that children stole all the pretty seashells on his beach, and an estranged coconut family that you can help reunite.