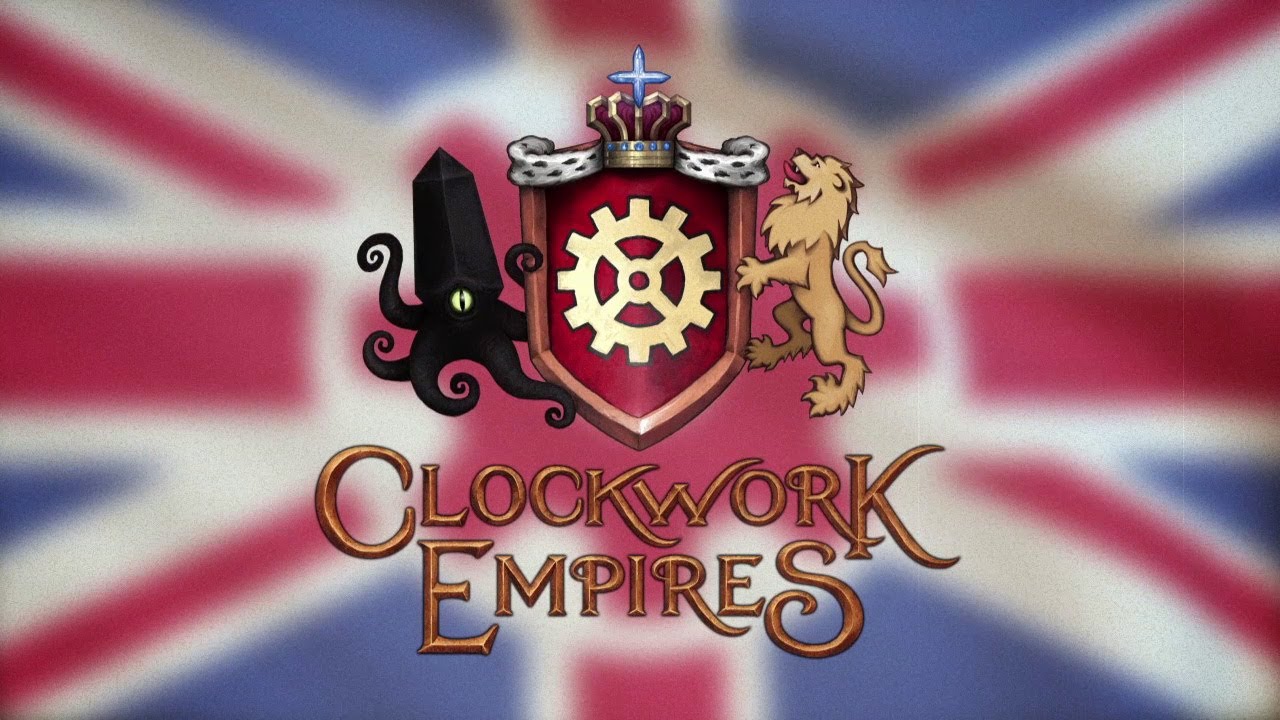 Clockwork Empires
The Clockwork Empire is expanding! Brave people, seeking glory and wealth, are setting forth for uncharted lands in search of fame and fortune. But not all is well in the Empire. Strangers gather under lampposts and in bars, telling stories of Those That Live Beyond The Stars, operating in invisible geometries from another dimension. The Queen, some whisper, has been locked away at the behest of her own Prime Minister… but to what end? The Church of the Holy Cog prays for the salvation of the Empire, yet everybody fears the indescribable colors that trace lines through the darkest woods and beyond the reassuring glow of the gas-lamps. The fortunes of the Clockwork Empire are watched, silently, by unseen eye-clusters and malevolent entities trying to breach the walls of reality into this world.

Take on the role of a Junior Bureaucrat (Colonial Grade), sent forth to seek fame, promotions, and natural resources to feed the ever-hungry maw of industry and commerce. Build mighty colonies, fill them with magnificent factories and tortured machinery, and harness the power of steam and energies brought forth by determined, unregulated men and women of Science! Glory is yours to seize; the world is yours to do with as you please. For fame and fortune, for Science, and for the Queen and the glory of the Clockwork Empires!

Dynamic, city-building, citizen-simulating action. Every imperial subject has a purpose and agenda of their own, and their interactions are rich, exciting, and often lethal!

New “procedural extrusion” technology lets you design your colony the way you want! Buildings are procedurally generated and extruded directly from the aether to your specifications!

Tame the uncharted continents by land, sea, and air! Set forth in mighty Zeppelins to do battle with Sky Pirates, or take to the seas in search of fortune and probably sea serpents!

Tangle with the machinations of malevolent entities! Scry the legacy of the Invisible Geometers, fumigate the baleful moon-fungus of the

Selenian Polyps, and cleanse the scuttling creepiness and poor personal and moral hygiene of your everyday, average cultist.
Losing is still fun! When your colony fails miserably, earn medals, promotions, and titles as befits a true politician and scion of the Empire!

Multi-player mode, with up to four players, lets you co-operate with your closest friends to build a glorious city … or fight a horrifying economic battle to total annihilation!

Round-Robin mode lets you share your Clockwork Empires with friends! Take turns running a colony directly into the ground then argue for fun-filled hours about whose fault it was!

Rendered in glorious GaslampVision! Thrill as the colours are brought to life by Gaslamp’s elite development team! New multi-core technology by Actual University Students lets you use every last ounce of power in your computer to run a thrilling and vivid simulation!